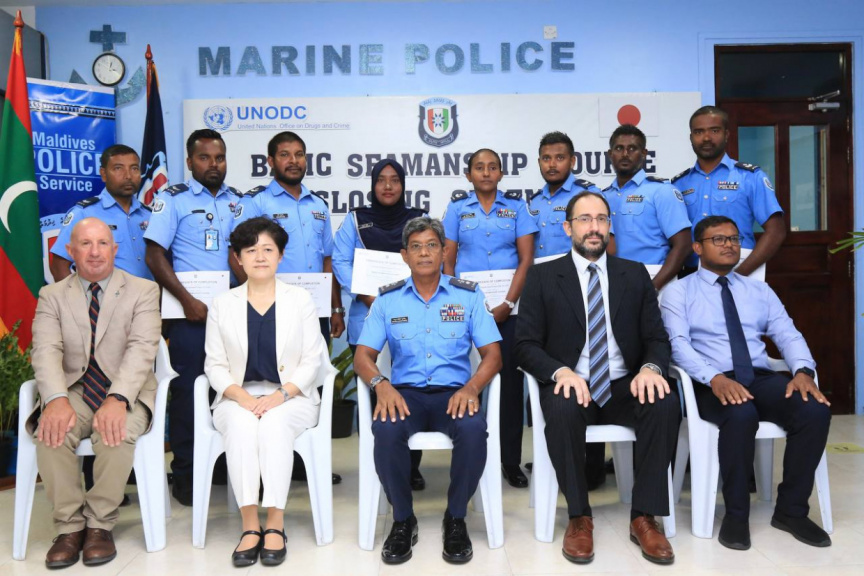 A capture from the closing ceremony of the second Basic Seamanship Course’ conducted for officers in Marine Police. (Photo/Maldives Police Service)

The course is conducted collaboratively by Marine Police, United Nations Office on Drugs and Crime (UNODC) and the Government of Japan.

At a special ceremony held on Wednesday, officers which completed the course were presented certificates.

'Can move Vilimale' barges once a new location granted'