Judge Dheebanaz to chair bench presiding over May 6 attack trial 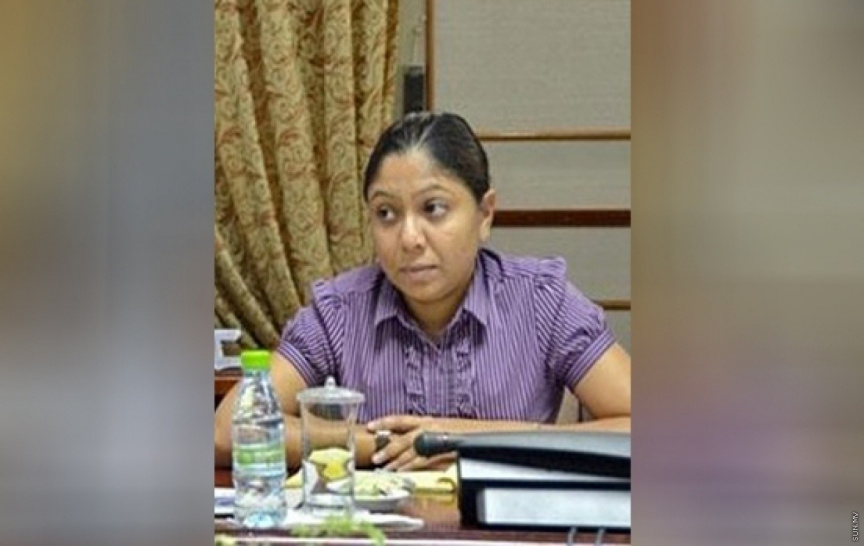 Criminal Court Judge Dheebanaz Fahmy, who had been designated to chair the bench presiding over the trial of suspects charged in connection to the terrorist attack against Parliament Speaker and former President Mohamed Nasheed on May 6, 2021.

Judge Dheebanaz Fahumy has been appointed as the chair of the bench presiding over the trial of suspects charged in connection to the terrorist attack against Parliament Speaker and former President Mohamed Nasheed on May 6, 2021.

Therewith, it was decided that a new bench will be put together.

With the appointment of Judge Dheebanaz Fahumy, who previously served as the Deputy Prosecutor General, to chair the bench – May 6 trial is expected to resume soon.

Meanwhile, Judge Sofwath Habeeb and Judge Mohamed Misbah will remain on the bench.

Judge Adam Mohamed has recused himself from the trial during a hearing held on June 12.

The suspects standing as defendants in today’s trial were;

Judge Adam had presided over the murder trial of local blogger Yameen Rasheed – who was brutally slain in the stairwell of his residence in Male’ City, M. Spatula, on April 23, 2017.

Allegations that Is’haq’s son threatened the judge whilst the trial was underway had surfaced back then. Moreover, one of the defendants in Yameen Rasheed's murder, Hassan Shifaz, is registered to the same address as Is’haq, M. Kudhehige, and is Is'haq's son's uncle.

The letter sent by Is’haq expressed concern over the likelihood of the trial getting personal if Judge Adam Mohamed was to remain on the bench.

Therefore, as requested, Judge Adam took the decision to recuse himself from the case.