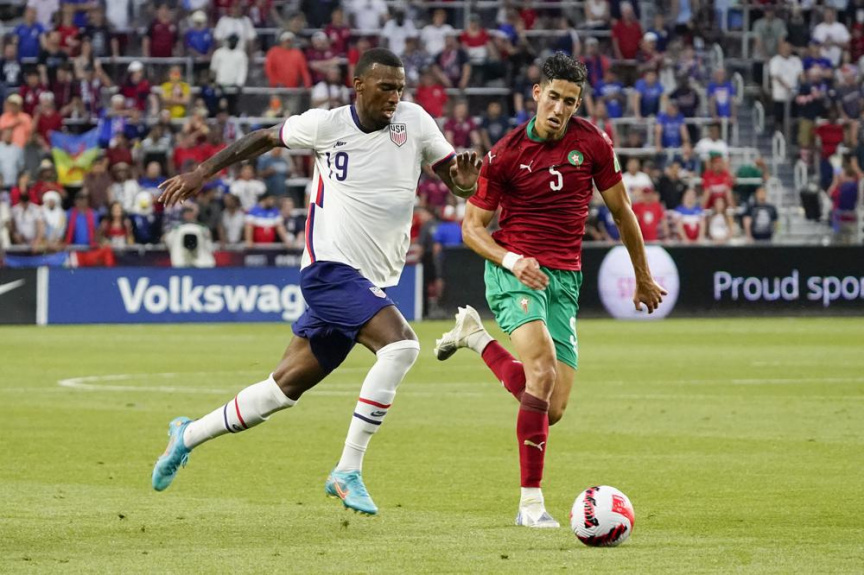 U.S. forward Haji Wright (19) vie for the ball against Morocco's Nayef Aguerd (5) during the second half of an international friendly soccer match, Wednesday, June 1, 2022, in Cincinnati. (AP Photo/Jeff Dean)

The 26-year-old Aguerd will add competition to the center-back positions and, as a left-footed player, might also fill in at left back.

West Ham needs a deeper squad because it will play in European competition again this season, this time in the Europa Conference League. Last season, the Hammers were in the Europa League and reached the semifinals.

“I was really excited when I heard about West Ham United’s interest,” Aguerd said. “When I heard about it, I knew I needed to go to the Premier League, because it’s a dream for every player.”

Aguerd was at Dijon in France before moving to Rennes in 2020. He has played 25 times for Morocco and is set to play at the World Cup in Qatar.