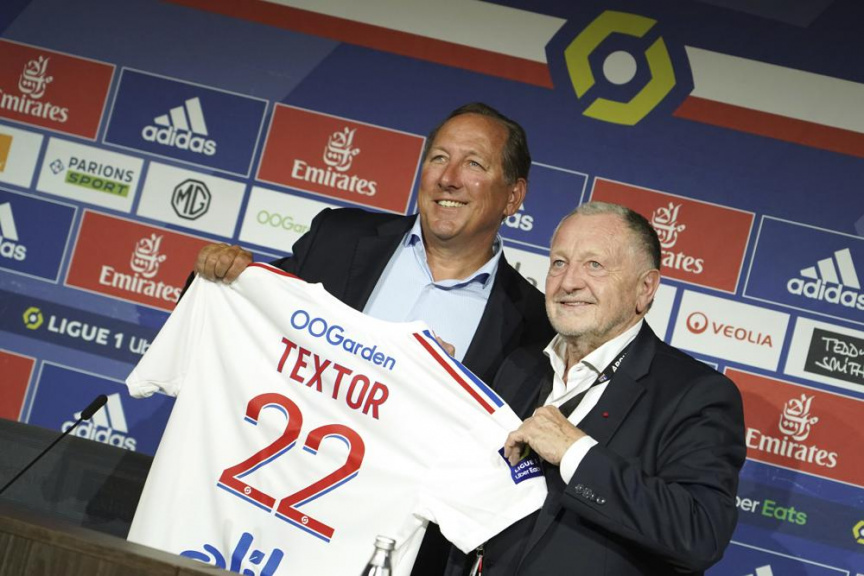 Lyon last won the French title in 2008 and has struggled to compete as PSG spent lavishly to win Ligue 1 in eight of the past 10 seasons.

“I don’t like these models like PSG,” Textor said at a news conference in Lyon. “Great team, whatever, great athletes, we all love to watch them.

Player transfer spending was promised in a capital injection of 86 million euros ($90 million) as part of Lyon’s deal with Textor’s Eagle Football Holdings that valued the club at around 800 million euros ($840 million). The club owns its 59,000-seat stadium that hosted the 2019 Women’s World Cup final and the women’s team has been European champion six of the last seven seasons.

Community-driven clubs who can share knowledge and identify talent worldwide was the common theme, the technology entrepreneur said.

Textor said Lyon’s finances were “on a really sound footing” and pointed to its revenue-earning potential from expertise in sports, entertainment and technology.

“We can have as much capital at play in our football club as the Emir of Qatar,” he said.

Textor jointly held the news conference with Lyon president Jean-Michel Aulas who has run the club for 35 years and plans to stay on for three more.

“We will be even more ambitious with John on our side,” said Aulas, adding his new business partner “ticks all the boxes.”

Both aimed further jibes at the influence on modern European soccer clubs of big-spending oligarchs and sovereign funds.

“Football is sort of broken by money,” Textor said. “I think the fans over time will see me as somebody who really likes to help.”