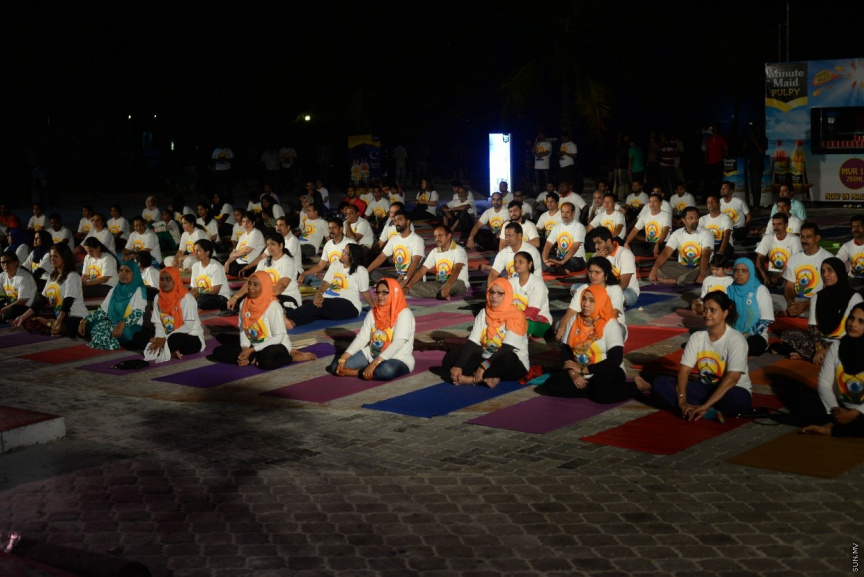 Male’ City Council, on Monday, has cancelled the permit issued to hold ‘Yoga Day’ event at Rasfannu; an event being hosted by Youth Ministry in collaboration with Indian Cultural Centre.

Male’ City Council’s Spokesperson Mariyam Shiuna told Sun that although the Council permits the use of Rasfannu as a location for many events, following complaints from the public, the Council had decided against permitting Youth Ministry to use the area for the ‘Yoga Day’ event.

“Do permit many events at the area. Nevertheless, due to complaints from many, we have decided against giving permit to that particular event only,” she had said.

Shiuna said that Male’ City Council always try to frame their decisions with consideration of the public’s opinion.

Following the cancellation of the permit – Youth Ministry said that the event has been relocated to Galolhu National Stadium.

Youth Ministry’s Spokesperson told Sun today Male’ City Council had informed them via a letter, their decision to not issue the permit.

“It is true that we have now decided to hold the event at Galolhu Stadium. That is because City Council did not permit holding the event at Rasfannu,” the Spokesperson said.

Youth Ministry opened registrations for the ‘Yoga Day’ event on March 12. The event is being held in conjunction with International Day of Yoga which is marked annually on June 21.

Indian Cultural Centre, which the Ministry is collaborating for event, had previously organized yoga events in the Maldives.

Meanwhile, religions organization ‘Ilmuveringe Gulhun’ comprising of religious scholars sent a letter to Islamic Ministry expressing their concerns regarding the celebration of International Yoga Day in the Maldives, as a practice closely associated with Hindu religion.

The letter read that yoga was a threat to Islam and the Maldivian constitution in the name of exercise. It was also requested from the Ministry that they stop the event.