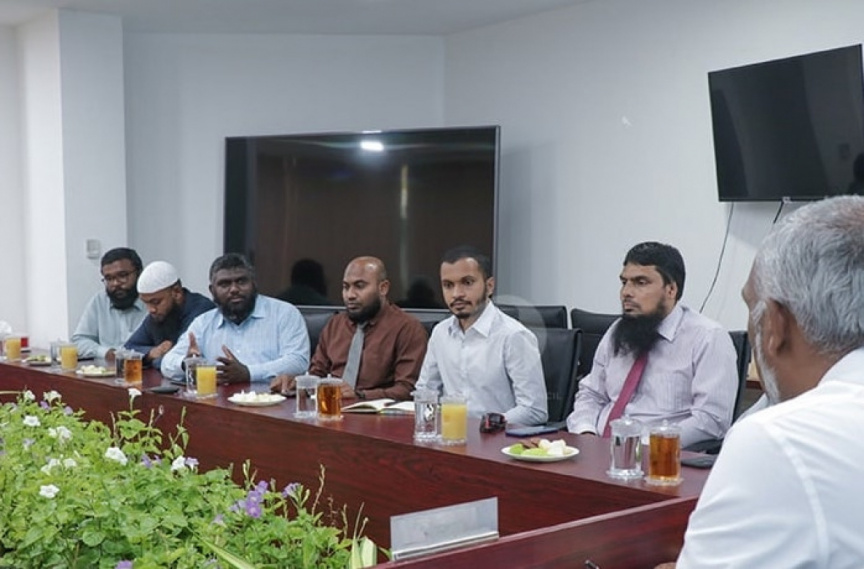 The religious organization “Ilmuveringe Gulhun” said that yoga was a threat to the Maldivian Constitution and Islam in the name of exercise.

In a letter sent by them to the Ministry of Islamic Affairs, scholars in the organization expressed their concern about the celebration of World Yoga Day. They stated that the spread of something associated with the Hindu religion in Maldives was concerning.

“We believe that yoga is a dangerous thing against Islam and the Maldivian Constitution under the name of exercise. This is concerning.”

Moreover, the letter noted that though yoga has certain health benefits, obligatory five prayers and other acts of prayer have bigger physical benefits.

The organization further urged the Islamic Ministry to declare participating in acts of other religions to be banned on a state level.

In addition to this, the letter stated that the ministry needs to initiate advocating and creating awareness about the religious implications of yoga.

Furthermore, Ilmuveringe Gulhun asked the Islamic Ministry to stop the celebrations being planned to mark World Yoga Day in Maldives on Tuesday.

“Ilmuveringe Gulhun” is an organization formed in the aftermath of the controversial report by Maldivian Democracy Network.

Ministry: Salman mosque Ac’s to be fixed in February