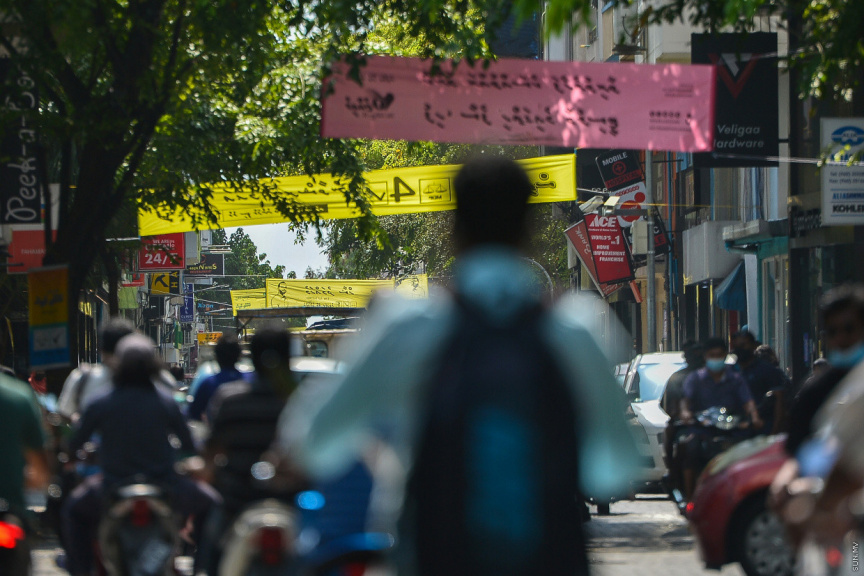 Banners hang on streets in Male' City during the parliamentary elections campaign in 2019. (File Photo/Sun/Fayaz Moosa)

Elections Commission (EC) has announced the decision to initiate an audit to investigate how political parties manage the state funds they receive.

EC’s vice chairman Ismail Habeeb told Sun on Thursday the commission had decided to send an internal audit team to the offices of four political parties to check whether the parties were managing state funds in compliance with Article 41 (a) of Political Parties Act.

Habeeb said the team went to the office of the main governing party, Maldivian Democratic Party (MDP), on Sunday.

The team will visit the offices of the remaining three parties over the course of the next three days, he said.

Habeeb said the commission had decided to conduct regular audits of political parties starting this year.

The law dictates that political parties with membership of 10,000 and above are entitled to funding by the state.