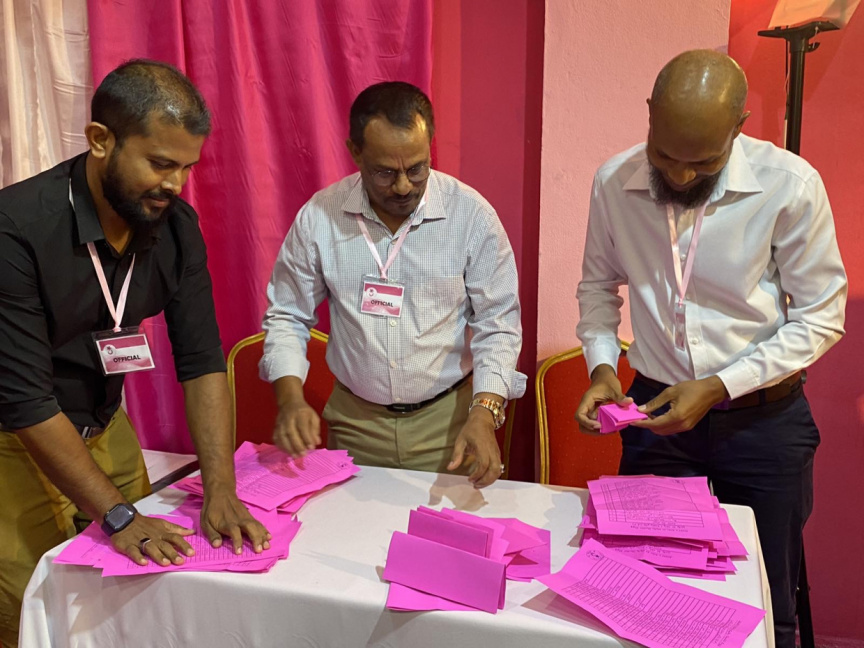 From the internal election held by PPM for new council members. (Photo / PPM)

The Progressive Party of Maldives (PPM) has elected a new council, including the former Minister of Communication, Science, and Technology Mohamed Maleeh Jamal.

Out of the 17 newly elected members, five are women, and the remaining 12 are men.

Some of the elected members include former ministers of President Abdulla Yameen Abdul Gayoom, like the minister of health Abdulla Nazim, and Environment Minister Thoriq Ibrahim.

Some of the new female members are Zeenar Adnan former CEO of Kudadudhinge Hiyaa and the wife of MP Ahmed Shareef and Sherina Abdul Samad, the former Deputy Education Minister.

PPM calls on PGO to drop charge against ex-MP