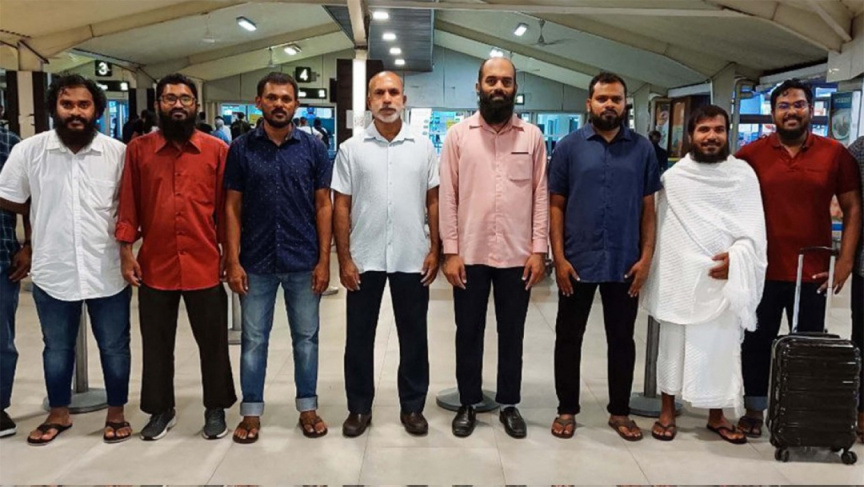 Members of Maldives’ hajj mission pose for a picture at the Velana International Airport on June 17, 2022. (Photo/Islamic Ministry)

The five members of Maldives’ hajj mission departed for Saudi Arabia on Friday.

The members of the hajj mission – appointed by the government – are charged with assisting Maldivian pilgrims who will be performing the annual hajj pilgrimage.

Five officials from the Islamic Ministry have been appointed to the hajj mission. The mission is headed by Islamic Minister Dr. Ahmed Zahir, who was appointed as the Amir al-Hajj of the Maldives’ hajj pilgrims this year by President Ibrahim Mohamed Solih last May.

Maldivian pilgrims are scheduled to fly to Saudi Arabia on three flights; on June 26, June 29, and July 2.

Ministry: Salman mosque Ac’s to be fixed in February