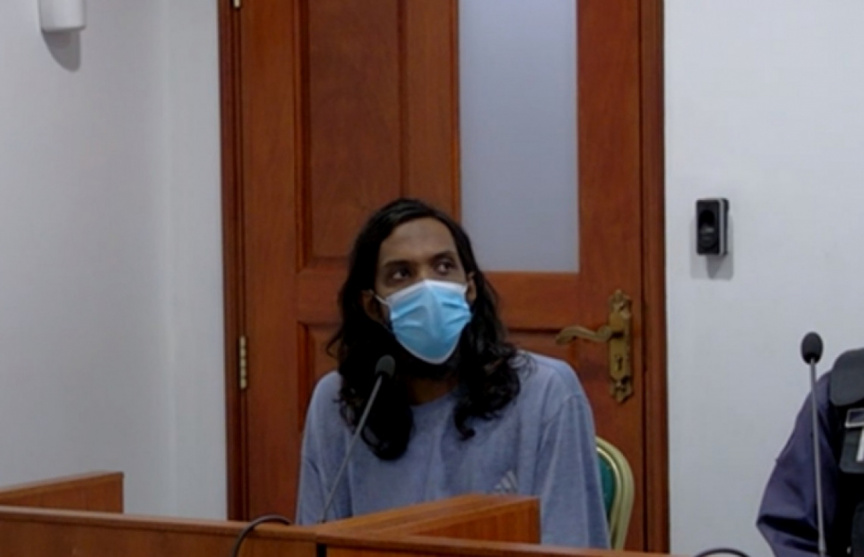 Mohamed Nazim at a hearing in the May 6 blast trials.

Prosecutors told the Criminal Court on Thursday that police found ISIS propaganda documents from a pen drive seized from the home of Mohamed Nazim, one of the men charged in connection to the IED attack which targeted Parliament speaker, former president Mohamed Nasheed, last year.

Nazim, Asareege, AA. Maalhos, has been charged with possession of a document, drawing or photo indicating support for a terrorist organization.

The public prosecutor told the court on Thursday morning that the police searched Nazim’s residence following his arrest. The police found a bag from his residence, inside which they found a pen drive containing documents that suggested he supported ISIS.

Nazim plead not guilty to the charge. His attorney told the court that the documents did not belong to Nazim.

Following Nazim’s denial of the charge, the prosecution presented the evidence against him.

Hearings for the three defendants are being held separately.

Zoomal’s hearing was cancelled after he submitted a medical document to prove he was sick. And in Yaseen’s hearing, the judge decided against granting an extension to the period granted to the defense to present evidence.

11 men were charged in connection to the attack, only one, Adhuham Ahmed Rasheed, Hiyaa, V. Thinadhoo, who confessed to detonating the IED, was convicted. He was sentenced to 23 years in prison in December last year after he signed a plea deal with the state.

They remaining ten defendants are: