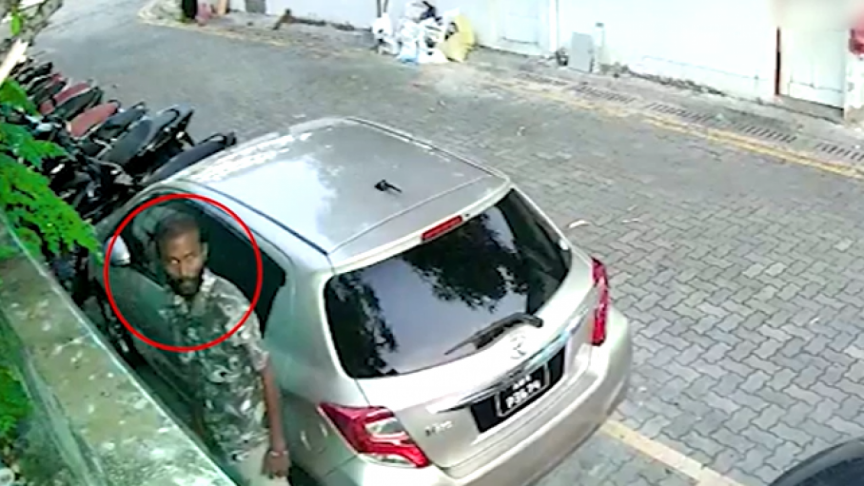 Screengrab from the footage Police released of a man seen stealing moringa leaves from a house in Male'.

Maldives Police Service on Thursday asked for public assistance in seeking out a man who stole moringa leaves from a house in Male’ City.

In the CCTV footage relased by the Police, the man in question can be seen plucking moringa leaves from a plant inside the house. He was seen standing outside on the pavement.

Police revealed that the case was submitted to the authority on February 8, 2022, and that the man has been accused of stealing the leaves from this plant on multiple occasions.

Additionally, Police noted that so far, they have been unsuccessful in identifying the man through their investigation. Hence, they asked for public assistance in locating and identifying him.

Any individual with information about the man in the video is asked to report to Galolhu Police via 9631696.

The Police took the opportunity to thank the public for their continued support in such incidents.