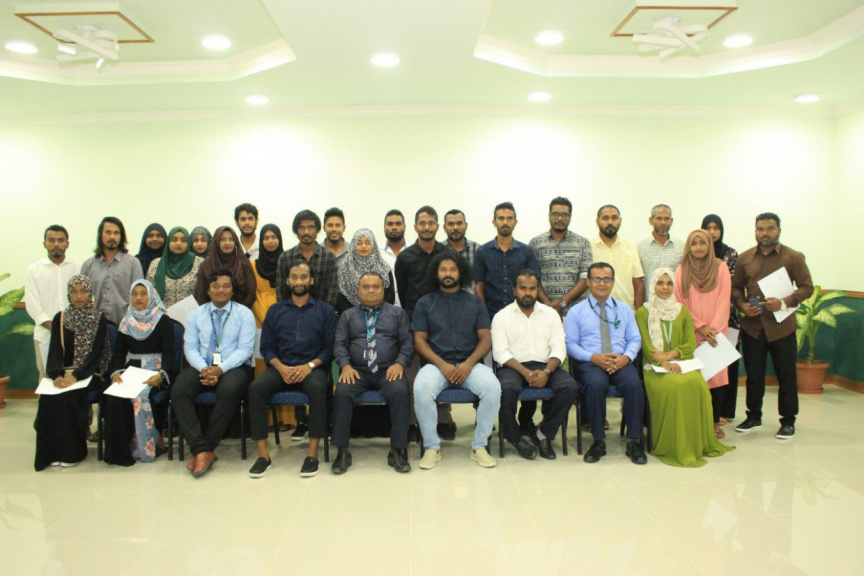 From the ceremony held Tuesday morning at S.Funadhoo Althulhuvehi, to give certificates to the participants of the Handball Coaching program. (Photo / Shaviyani Atoll Council)

The handball coaching program was conducted in Sh. Funadhoo has concluded, and participants have been given certificates.

During a ceremony held Tuesday morning at S.Funadhoo Althulhuvehi, the participants were given certificates by the President of Shaviyani Atoll Council Mohamed Shiyam, the Senior Council Executive  Mohamed Hameed, and Coach Ibrahim Haisham Abdulla.

Meanwhile, the Coaches who conducted the programme were given certificates by Council President Shiyam.

Moreover, a ball signed by all the coaches and participants was handed over to the council by Coach Haisham.

Speaking at the ceremony, Shiyam noted the discipline of all the participants during the programme.

He also urged participants to use their knowledge to build and train good teams that will play in the handball tournament organized by the council later this year.

Additionally, Shiyam expressed his gratitude to the Handball Maldives for the assistance in organizing the event.

The Handball Coaching Program was a joint effort by the Shaviyani Atoll Council, Handball Maldives, and Maldives Institute of Sports, and was held from June 4 to 13.

A total of 24 from 11 islands participated, from which 20 completed the program and earned certification.