Deputy Speaker Eva: Will not obey whipline without debate, do whatever 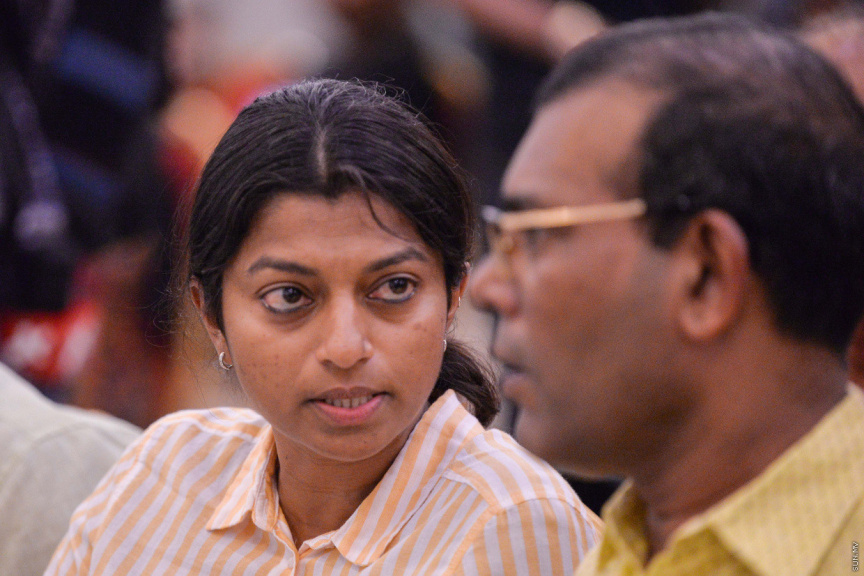 Deputy Speaker of the Parliament on Tuesday said that she would not abide by “whip lines” issued without granting the opportunity to debate prior to making a decision.

While Maldivian Democratic Party’s (MDP) Parliamentary Group has made the decision to file a no-confidence motion against the Prosecutor General Hussain Shameem, Speaker and leader of MDP Mohamed Nasheed has voiced his disapproval.

Along with Eva, 18 other members sided with Nasheed on this issue.

Other members have said that Nasheed and the members who sided with him should accept the majority’s decision on this.

In response to this, MP Eva sent a message to the MDP PG’s WhatsApp group expressing that though following the majority was one character of democracy, there should be room for the minority and their voice also.

“Even though there is a majority side, there should be room for minority and other opinions [in a democracy], be it within a party, in Parliament, in a committee, or in a debate.”

She went on to state that supporting the majority does not mean going against MD’'s principles and closing off discussions and debates.

“I certainly do not want to follow a whipline that does not give room for debate. Do whatever.”

“I was elected to debate. Not to act as curry to whatever rice they cook up. Even if that is within MDP.”

While a total of 65 Parliament members are from MDP, 18 of them sided with Nasheed and the remaining 46 were on President Ibrahim Mohamed Solih’s side.”

The members who sided with Nasheed:

Both President Solih and Speaker Nasheed have announced candidacy for the upcoming Presidential Elections to be held in 2023.

Finance Minister to be empowered to manage SDF