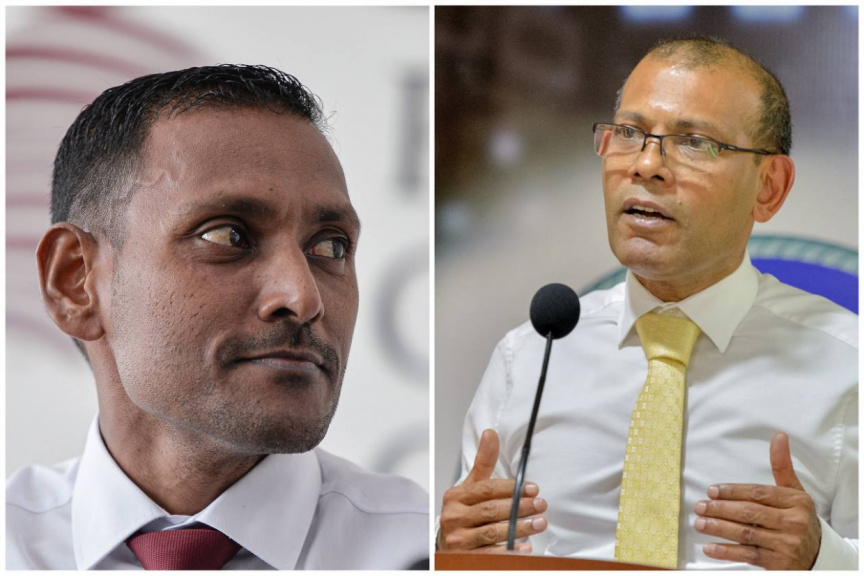 Maldivian Democratic Party’s (MDP) Leader, Parliament Speaker Mohamed Nasheed alongside 18 members of his party has voiced out against the party’s parliamentary group’s decision to file a no-confidence motion against Prosecutor General Hussain Shameem with the Parliament.

MDP’s parliamentary group had convened for a meeting to take a vote to file the no-confidence motion against Shameem earlier today, which was passed with a vote of 21-17.

Following this decision – a list of MDP parliamentarians standing up in defense of PG Shameem was publicized on MDP’s National Council Whatsaspp group.

The list was initiated by MDP’s former chairperson, West Henveiru MP Hassan Latheef through a text message in the Whatsapp group.

In his message to the group, Latheef had requested members who did not wish to vote in accordance with the whipline every time in light of decisions being presently approved by the parliamentary group to list down their names.

The second person to pen down their name on the list in Nasheed. As of 5:00pm in the evening, 18 MDP parliamentarians penned downed their names on the list.

Those who have penned down their names on the list are members supporting Nasheed.

Whilst MDP’s parliamentary group had approved to file a no-confidence motion against PG Shameem at the Parliament – they have yet to issue a whipline.