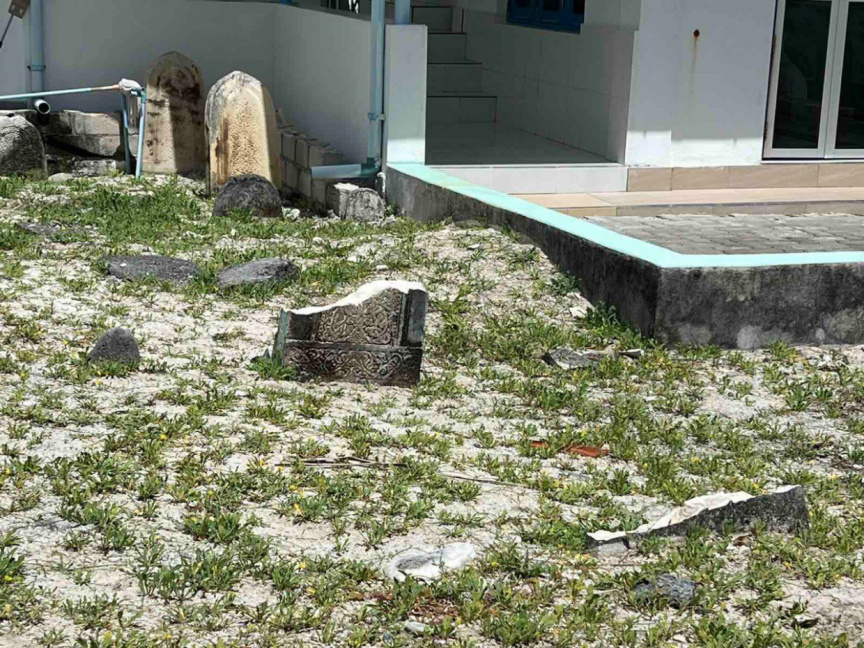 Fuvahmulah City Council reports ancient tombstones at the graveyard located in the city’s Friday have been vandalized.

He said that some of the tombstones had been completely smashed, and pieces thrown to the beach.

“We don’t know when exactly this took place. It was identified when people went to the mosque to perform the Fajr prayer. They caused extensive damage. Many of the tombstones were smashed and thrown to the beach,” he said.

Fikry said that the identity of the vandals remained unclear, and that the council had reported the incident to the police.

The Friday Mosque was built by Al-Sultan Mohamed Ibn Haji Ali Thukkalaa, known as the 'Dhevvadhoo Rasgefaanu', in 1701. The mosque underwent major renovations in 1930.

Can still take on debt, need for investing in economy