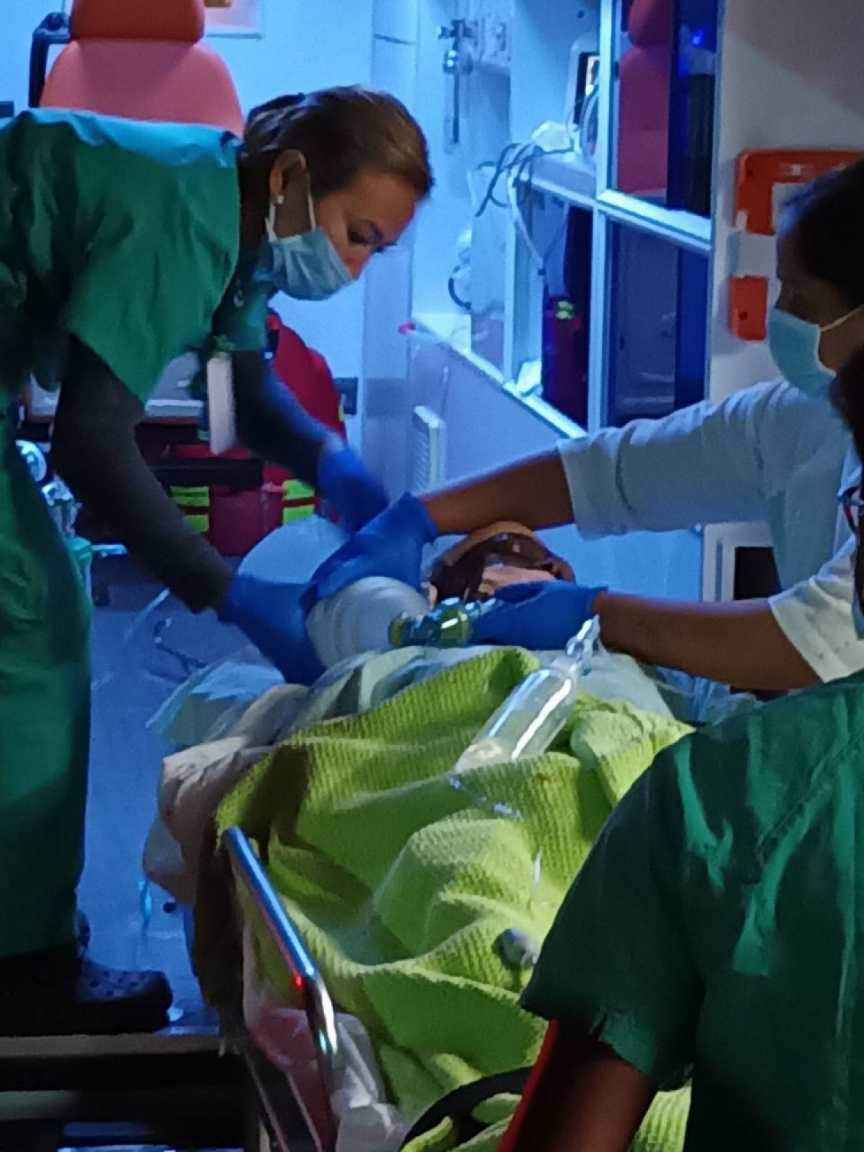 Hashim was transported to Tree Top Hospital after his accident. (Photo / Abdulla Wafir)

The family of the Senior Policy Director at the Ministry of Arts, Culture and Heritage Ahmed Hashim - who was in a serious accident on June 10 - revealed that his condition was still very serious.

A younger sibling and former Council President of Vaikaradhoo Abdulla Wafir said that after brain surgery, Hashim was in the Intensive Care Unit (ICU).

“He suffered major brain bleeds. That is why that brain surgery was done. Right now, he is in ICU.”

Additionally, Wafir said that the doctors did not make any further comments on his condition.

Hashim was hit while he was crossing the road by a motorbike that was driving at high speed and against traffic regulations.

Due to the extent of the injuries, he sustained, his face has also changed drastically.

Due to his position as the Policy Director, he is also in charge of the National Museum.

Additionally, Hashim who is from Maldivian Democratic Party (MDP) has filled the role of president of Vaikaradhoo area.