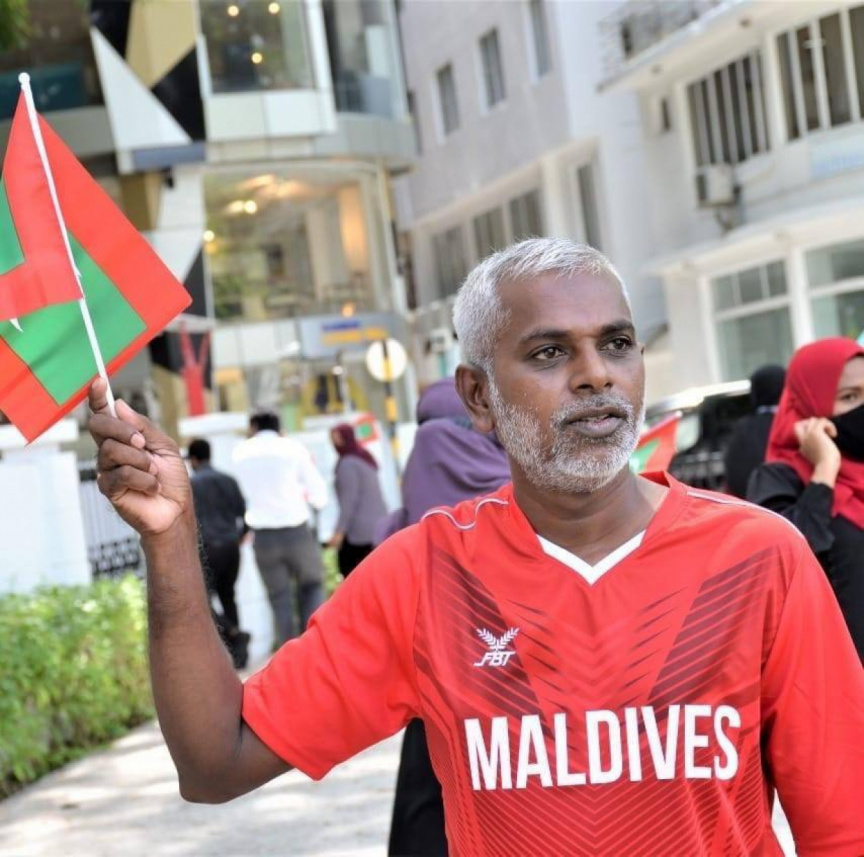 Wafir said that following the accident – Hashim was first transported to Tree Top Hospital, via an ambulance belonging to the hospital.

“Was taken to Tree Top Hospital and a CT scan was done. As an additional surgery was required which the hospital doctors were not in a position to undertake, he was transferred to ADK during midnight,” he had said.

Due to inflammation and bleeding in the brain following the accident – the surgery has still not been performed on Hashim.

Wafir detailed that injuries resulting in from the accident had disfigured Hashim’s face. He stressed that his brother was not getting any better.

“If the brain is damaged, the whole body would feel the impact right,” he added.

Speaking further, Wafir underscored that Hashim had suffered a heart attack previously which occurred while he was on the road.

“In this era, technology should be utilized to ensure the safety of people crossing roads,” he also said.

Commenting on the matter – Maldives Police Service said that a road accident near Police Tow Yard area involving a pedestrian and motorcycle was reported to them around 8:23pm last night.

They detailed that the driver of the motorcycle was licensed – adding that they were investigating the case further.

As Hashim is the Senior Policy Director at Heritage Ministry, he is also automatically appointed head of the National Museum.

Hashim, who is a member of the ruling Maldivian Democratic Party (MDP), has served as the party’s Vaikaradhoo constituency president for a long period of time.