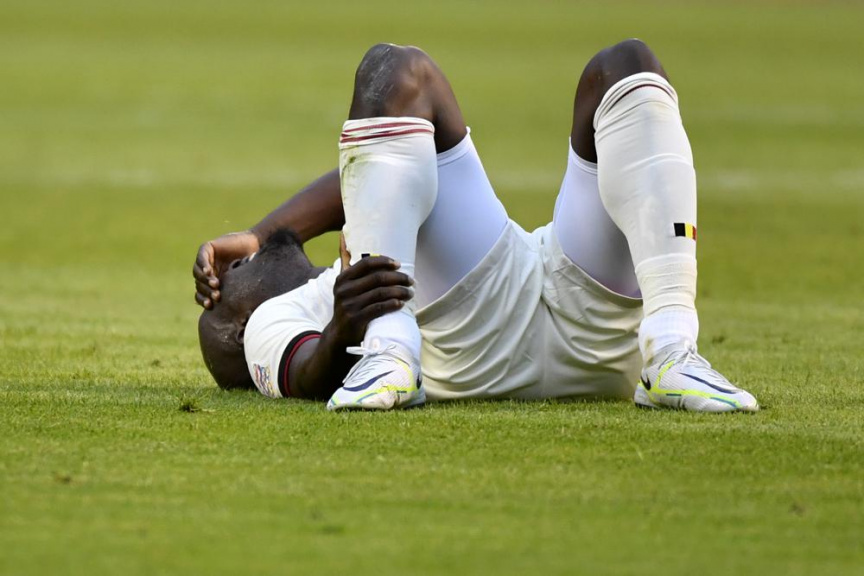 Belgium's Romelu Lukaku grimaces on the ground after injuring himself during the UEFA Nations League soccer match between Belgium and the Netherlands, at the King Baudouin Stadium in Brussels, Friday, June 3, 2022. (AP Photo/Geert Vanden Wijngaert)

BRUSSELS (AP) — Belgium striker Romelu Lukaku will miss the national team’s next two Nations League matches because of the ankle injury he picked up against the Netherlands, coach Roberto Martinez said Tuesday.

Lukaku has been ruled out of Wednesday’s game against Poland and won’t play at Wales on Saturday, Martinez said. Lukaku got injured in the 4-1 loss to the Dutch last week in Brussels.

Martinez said the Chelsea forward’s injury is not “as bad” as initially thought, but Lukaku is also likely to miss Belgium’s game on June 14 in Poland.

“There is a very, very, very slim option that he can be involved in the last game,” Martinez said.