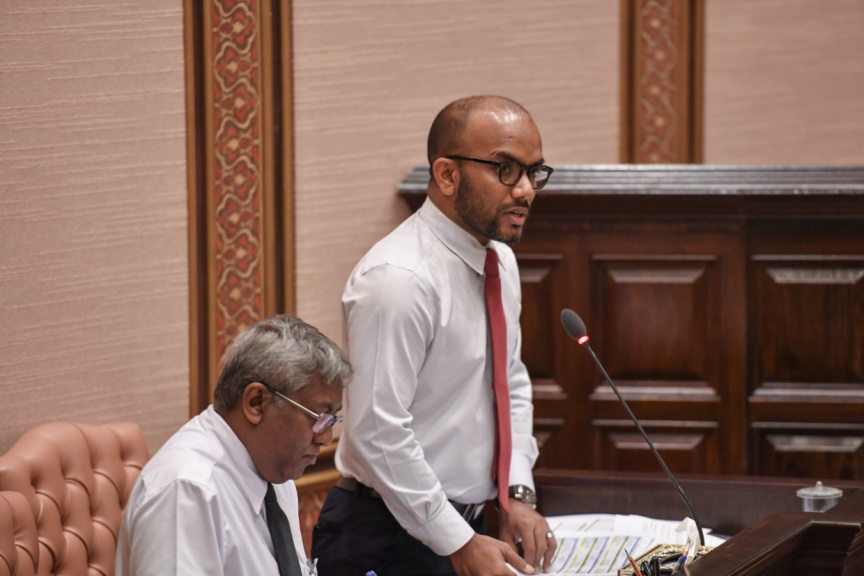 A query has been submitted to the parliament on Tuesday, targeted for Finance Minister Ibrahim Ameer regarding how much balance will be available in state reserve at the end of next month for the purchase of essential commodities.

Parliament’s Deputy Speaker, North Galolhu MP Eva Abdulla has requested to clarify whether the amount remaining in state reserve at the end of next month would be sufficient to carry out the purchase of staple foods, oil and medicine.

In MP Eva’s query – she had underscored that the usable balance in the state reserve at the start of this month was USD 317 million. Stressing that over USD 130 million would need to be spent this month and next month to repay loans – she said that the deficit budgeted for these two months is USD 150 million.

MP Eva is requesting a written response from Finance Minister Ameer for her query.

Statistics recently released by the Finance Ministry shows the state reserve’s balance was USD 829 million in April. The balance was USD 604 million in November 2019, before the pandemic. The figure had risen to USD 1.02 billion in September 2021.

The publicized statistics also show that state debt has climbed up to MVR 98.9 billion by the end of the first quarter of this year – which is 113 percent of the GDP.

Many had raised concerns over the increasing state debt following the statistics which prompted a series of tweets from Finance Minister Ameer stating Maldives’ official reserve assets will be back to pre-pandemic level by the end of the year.

GST bill to be submitted to Majlis before new session