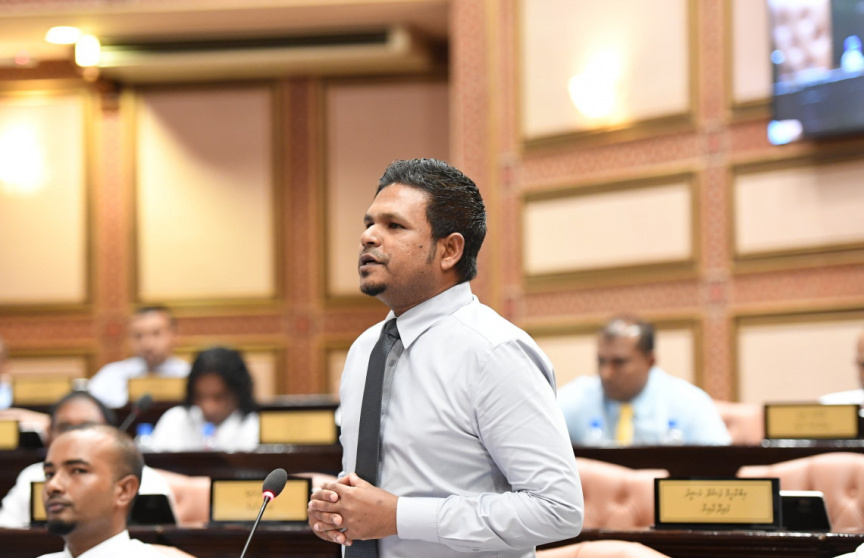 The Parliament on Tuesday approved the motion stating that political parties and individuals have been expressing concern over the regulation under which members are admitted to and dismissed from parties.

The motion was submitted by MP for Velidhoo constituency Abdulla Shafeeg, and was accepted with 40 votes in favour.

Submitting the motion, MP Shafeeg noted that without any involvement from them, people are being signed as members, shifted from one party to the other or even dismissed from the party.

“Some have been misusing the rights granted to people under Article 30 of the constitution, that permits them to participate in political activities.”

He stated that such acts deprive people of the right and choice to follow a certain political ideology and to work for it.

Furthermore, the MP said that the Election Commission’s (EC) action in response to this has been causing even more problems.

Moreover, he noted that there is a chance this might cause people to lose their faith in the political party system.

On a previous occasion, MP Shareeg said that both his parents were registered with Adhaalath Party without their knowledge. He also claimed that this was the doing of both the Adhaalath Party and Hajj Corporation of Maldives.

However, Adhaaalth Paty has denied these claims and said that such a thing would not happen within their party.