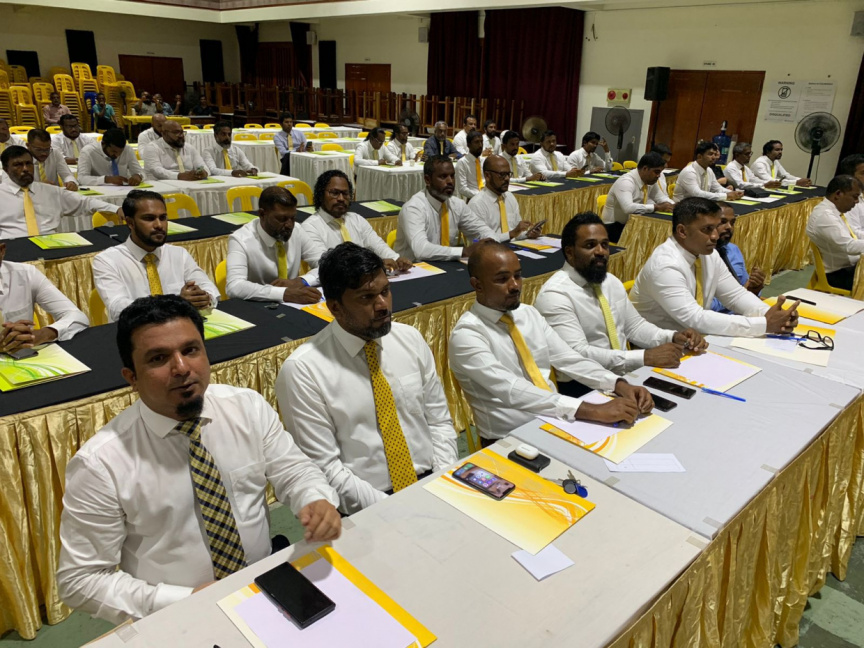 The congress of the main governing party, Maldivian Democratic Party (MDP) has been postponed from August 4 to August 19.

During the council meeting on Sunday night, MDP councilors voted to postpone the congress, and grant three months for members registered with MDP to confirm their membership with the Elections Commission.

MDP’s Deputy Chairperson MP Ali Niyaz told Sun on Monday morning that it was decided during the council meeting that, members who receive confirmation of their membership within the first 30 days will be allowed to attend the congress.

“Our records show over 30,000 people have been unregistered. Last night we decided to allow members who confirm within the first 30 days to attend the congress,” he said.

Niyaz said that some of MDP members were no longer on Elections Commission’s registry due to some legal changes.

“We will make a decision regarding what to do with members excluded from EC’s registry due to legal changes within the next three months,” he said.

The postponement of the congress was proposed by Ibrahim Waheed. 70 out of 90 councilors voted in favor of the proposal.

MDP: Primary to be held once admin works are completed

MDP: Party's primary will be held after congress

Applications open for scholarships from Japan