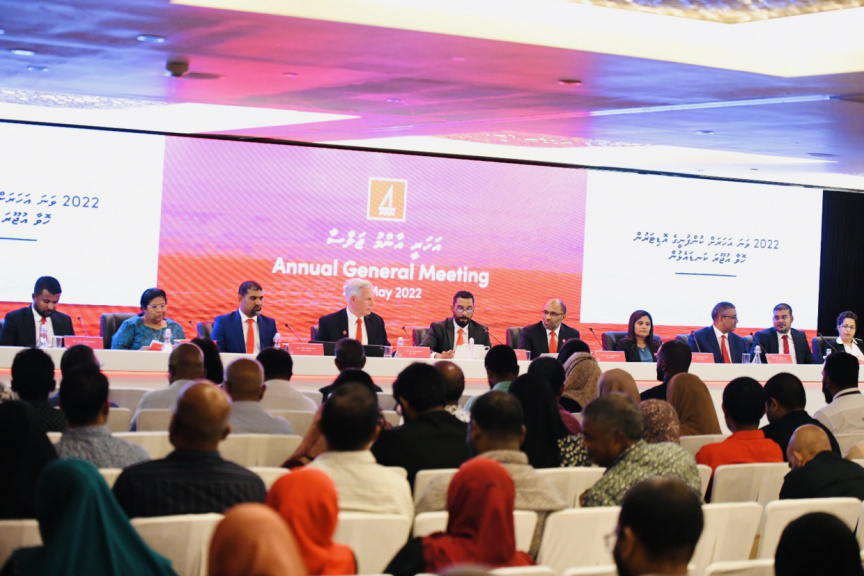 Bank of Maldives (BML) shareholders have approved a total dividend payout of MVR 258 million with MVR 48 per share – in a record dividend payout reflecting the bank’s best ever performance in 2021.

The dividend was approved with the unanimous vote of shareholders who attended BML’s Annual General Meeting held at Hotel Jen on Sunday night.

57 shareholders attended the AGM in-person, while 17 attended via proxy. They hold 58 percent of the shares of the bank.

It is the highest approved dividend in the bank's history.

BML had generated a profit after tax of MVR 1.9 billion in 2021 – a 470 percent increase compared to 2020. It marked the best financial performance in the bank’s history.

Speaking at the AGM, BML’s CEO and Managing Director Tim Sawyer expressed his appreciation to the bank’s staff, shareholders and customers.

“I would like to extend my appreciation to our staff for their hard work and to our shareholders and customers for their confidence in the bank. While we will continue to work tirelessly to meet service expectations, the results today are evidence that the bank is in the strongest position it has ever been in,” he said.

Applications for BML small grants to close on Sep. 15