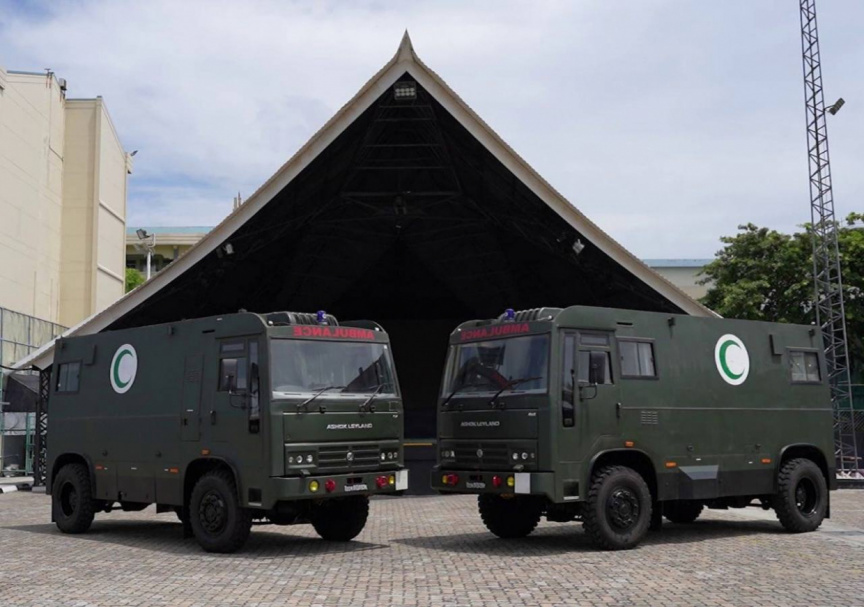 The ambulances were handed over in a virtual ceremony at the Bandaara Koshi on Wednesday by the Indian Defense Advisor to Maldives Captain Mahesh Chandra to MNDF’s Surgeon General Colonel Dr. Ali Shahid Mohamed.

The ceremony was also attended by Maldives’ Chief of Defense Force Major General Abdulla Shamaal, who said the donation would assist MNDF enhance its medical capabilities.

He thanked India for its support towards the development of Maldivian military.