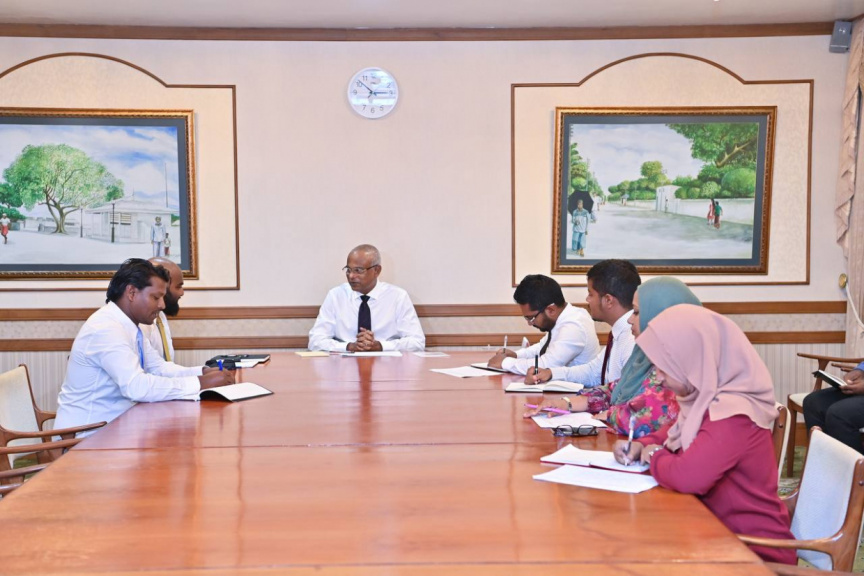 President Ibrahim Mohamed Solih, on Sunday, has assured that his administration would work on addressing concerns raised by L. Maabaidhoo Council.

President Solih met with Maabaidhoo Council on Sunday, at the President’s Office, during which they held extensive discussions on the island’s developmental plans.

Council members briefed the President on their developmental work and the concerns of their constituents. They also discussed issues faced by Maabaidhoo residents including coastal erosion; constraints faced by the school; issues related to the project to develop an ice plant; and challenges to introducing local tourism.

A request was also put forth by the councilors to expand the scope of the ongoing water and sewerage network project to include new land plots. They also spoke on the need to introduce a police presence and challenges faced due to the aging state of the council building.

Speaking with the council members – President Solih shared the latest updates on the island’s developmental plans. He assured them that their input on plans and outgoing projects would be welcomed by his administration.

The President also underscored that funds had been allocated in the budget to carry out coastal protection work on the island. He further stated that the administration would make efforts to address the challenges facing the school and work on addressing other concerns raised at the meeting by the councilors.