HPA: Slim chances of a monkeypox outbreak in Maldives at moment 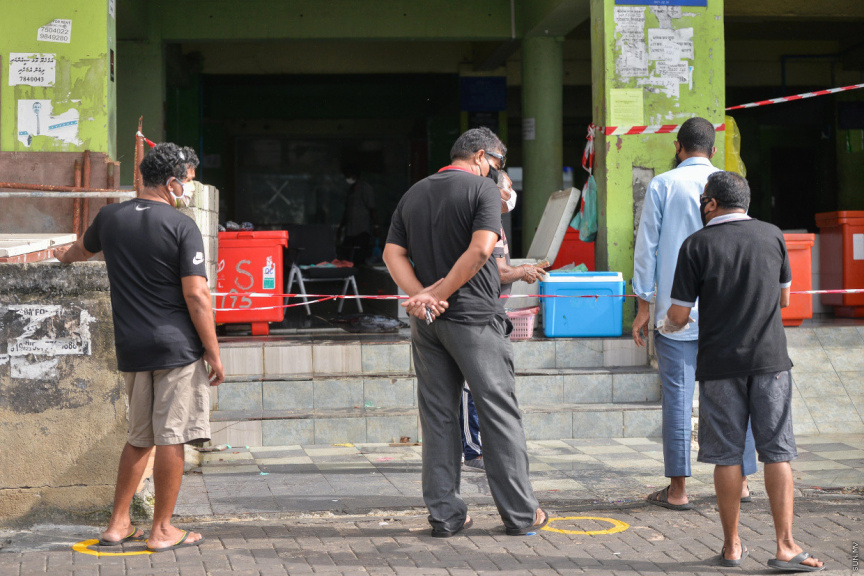 Health Protection Agency (HPA), on Sunday, has stated that chances of a monkeypox outbreak in the Maldives are slim at the moment.

In a statement released this morning, HPA said that they were closely monitoring the spread of monkeypox following first report from the UK. They underscored that no cases of monkeypox have been identified in the Maldives nor a neighboring country as of Saturday.

Noting the possibility of monkeypox cases can surfacing in the Maldives in future – HPA advised to take precautionary measures. In this regard, they recommended frequently washing hands and wearing masks to protect one’s self from such communicable diseases. Isolation in case one is showing symptoms of the disease has also been advised.

Whilst monkeypox cases usually occur at western and central African countries – HPA stressed that this is the first time an outbreak has been detected at other countries without a clear link to the former.

The disease first discovered in 1958 when two outbreaks of a pox-like disease occurred in colonies of monkeys kept for research, thereby the name ‘monkeypox.’. Meanwhile, the first human case of monkeypox was recorded in 1970 in Congo during a period of intensified effort to eliminate smallpox.

Within 1 to 3 days (sometimes longer) after the appearance of fever, the patient develops a rash, often beginning on the face then spreading to other parts of the body. Lesions progress through stages of macules, papules, vesicles, pustules and scabs before falling off.

The illness typically lasts for 2−4 weeks.

Transmission of monkeypox virus occurs when a person comes into contact with the virus from an animal, human, or materials contaminated with the virus. The virus enters the body through broken skin (even if not visible), respiratory tract, or mucous membranes (eyes, nose, or mouth).

Human-to-human transmission is believed to occur primarily through large respiratory droplets. Respiratory droplets generally cannot travel more than a few feet, so prolonged face-to-face contact is required. Other human-to-human methods of transmission include direct contact with body fluids or lesion material, and indirect contact with lesion material, such as through contaminated clothing or linens.

At present, there are about 80 confirmed cases worldwide and 50 more suspected ones, the World Health Organization said. To date, no one has died in the outbreak.

WHO estimates the disease is fatal for up to one in 10 people, but smallpox vaccines are protective and some antiviral drugs are being developed.

HPA: Not considering measures despite increase in cases