HDC: Will make 'Waters Edge' accessible to people with disabilities 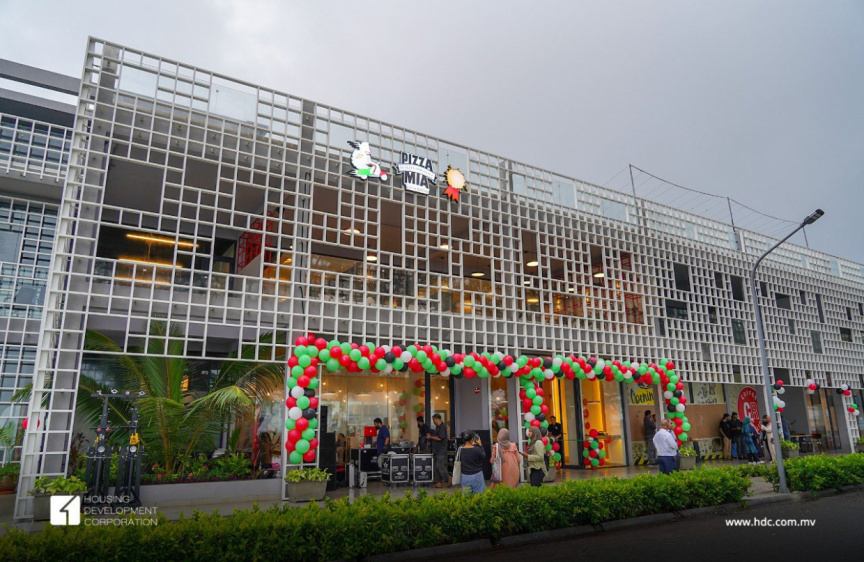 The Hulhumale Development Corporation (HDC) on Wednesday stated that Water’s Edge will be made accessible to people with disabilities.

On Wednesday, an outlet of Pizza Mia was opened at Water’s Edge located in Hulhumale Phase 1. Managing Director of HDC Ahmed Suhail attended this grand opening as the chief guest.

Once pictures of the event were shared online, people raised concerns as there the area was not made accessible to people with disabilities.

Subsequently, HDC’s Deputy Managing Director Ahmed Athif responded to some of these concerns on Twitter, and said that “Will check on this matter and attend.”

Pizza Mia is the second franchise to open an outlet in Water’s Edge. The first was Merry Brown, which was also opened recently.

In 2021, the Human Rights Commission of Maldives (HRCM) conducted five-day research and complied and report on the accessibility of the buildings in Male’ City to those using wheelchairs.

Furthermore, based on the findings, the report gave 10 recommendations, such as including accessibility in designing spaces that provide public services, and living accommodations.