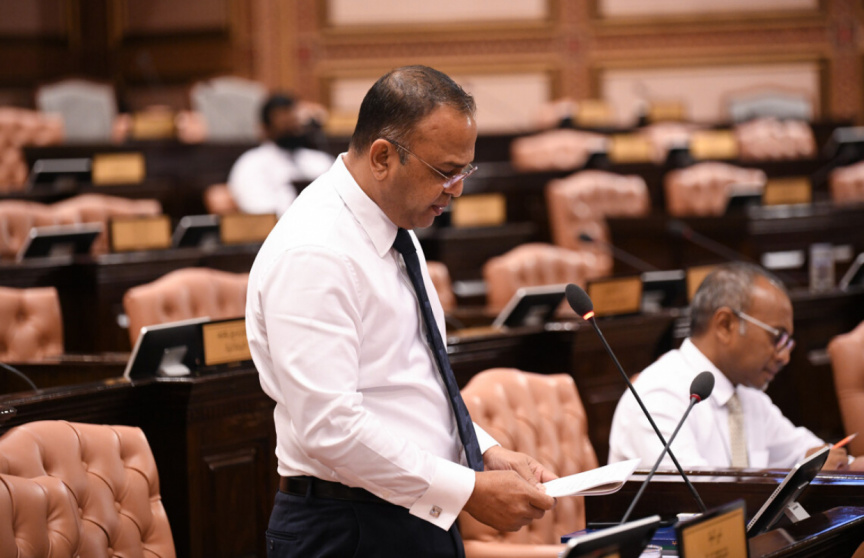 Parliament’s General Purpose Committee has approved the issuance of the copy of chatlog requested by South Henveiru MP Hussain Shaheem (Andhun Hussain) regarding the accusations made against him by Parliament Speaker, former President Mohamed Nasheed of having obstructed the investigation of the terror attack against Nasheed on May 6 of last year.

In text messages sent to Parliament’s Whatsapp group – Nasheed alleged Andhun Hussain’s participation in covering up the case launched regarding the attack. He also implied Andhun Hussain was acting so under the instruction of President Ibrahim Mohamed Solih.

Responding to the allegations against him, Andhun Hussain said that Nasheed must be well aware he is not in a position impede the investigation of the case.

At a convening of the Committee held today, it was Funadhoo MP Mohamed Shahid who had proposed to issue a copy of the chatlog to Andhun Hussain. The proposal was seconded by Komandoo MP Mohamed Rashid.

The Committee passed to issue the copy of the chatlog to Andhun Hussain with the unanimous votes of all members who participated in the vote.

General Purpose Committee had made the decision following their review of the case filed by Andhun Hussain requesting the issuance of a copy of text messages sent to Parliament’s Whatsapp Group on May 8, between 19:01pm and 20:26pm, by Speaker Nasheed.

MP Shahid said that an individual writing text messages should take responsibility for what they write. The “individual” he refers to in this scenario is likely Speaker Nasheed.

“Whether be it an official group or any other group, the person writing (the text message) is writing because he or she can take responsibility for it,” he had said.

The Committee had discussed the case during their convening on Tuesday as well.

As the case involved the interest of the third party – a vote was taken during that meeting on whether a copy of the chatlog will be provided to an investigative body should they request it. However, this was not approved.