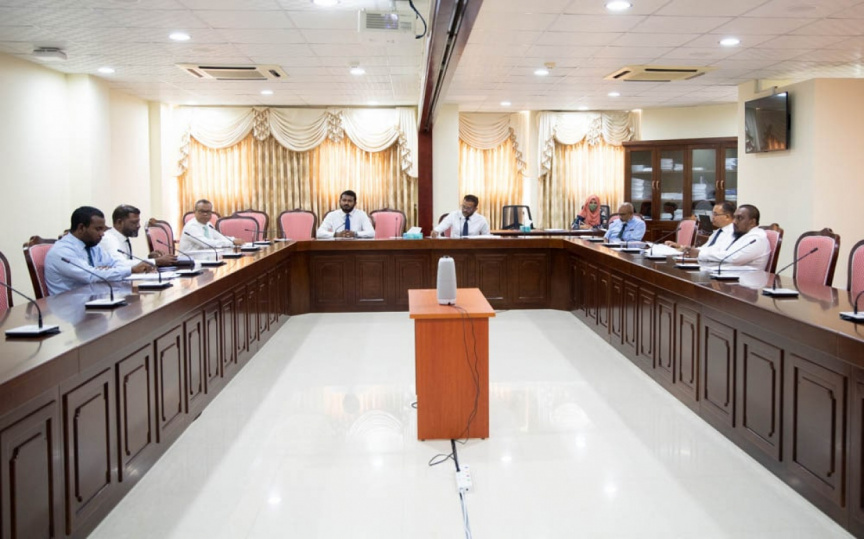 A capture from a convening of Parliament’s Committee on Member’s Privileges and Ethics. (Photo/People's Majilis)

Parliament’s Committee on Member’s Privileges and Ethics have accepted the complaint filed by South Henveiru MP Hussain Shaheem (Andhun Hussain) regarding the accusations made against him by Parliament Speaker, former President Mohamed Nasheed of having obstructed the investigation of the terror attack against Nasheed on May 6 of last year.

Committee on Member’s Privileges and Ethics concluded to review the complaint by the unanimous vote of all members.

Speaking during the debate held on whether to or not to accept the complaint – South Thinadhoo MP Abdulla Saneef stressed that the Committee must absolutely investigate the matter, whereas it should only be forwarded to any other direction afterwards.

“Want to propose that (we) accept this complaint. Can only figure out how to proceed in the case after it is accepted,” he had said.

In text messages sent to Parliament’s Whatsapp group – Nasheed alleged Andhun Hussain’s participation in covering up the case launched regarding the attack. He also implied Andhun Hussain was acting so under the instruction of President Ibrahim Mohamed Solih.

Responding to the allegations against him, Andhun Hussain said that Nasheed must be well aware he is not in a position impede the investigation of the case.