Fire in commercial building in India kills at least 27 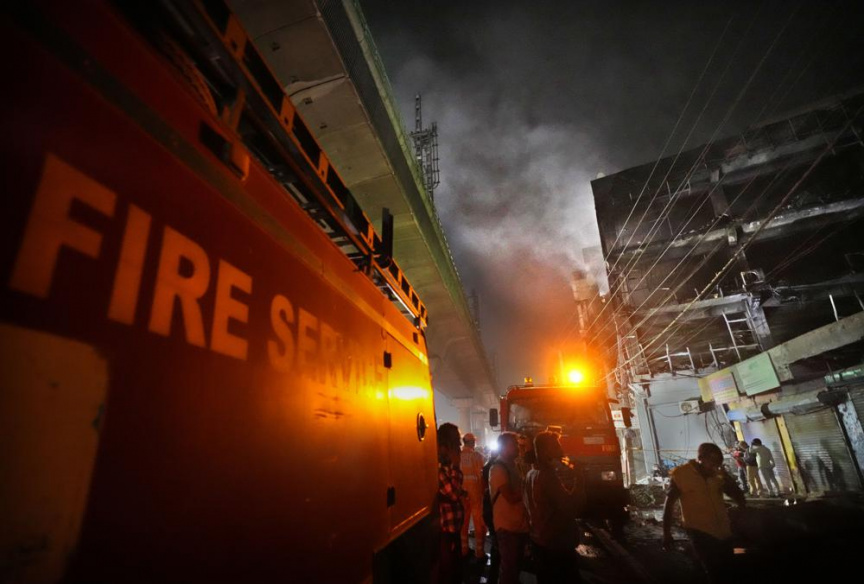 Dozens of people have been rescued from the building, which contains mainly shops, the control room said. The building is located in the Mundka area in western New Delhi.

The Press Trust of India news agency said 12 people suffered burns in the fire and 50 were evacuated from the building.

Twenty-seven fire engines doused the flames after battling for more than five hours. A search operation continued to look for anyone trapped in the rubble, the fire control room said.

The cause of the fire was not immediately clear.

“Distressed by the tragic fire accident at a building near Mundka Metro Station in Delhi. My condolences to the bereaved families. I wish for the speedy recovery of the injured,” India’s President Ram Nath Kovind tweeted.

Prime Minister Narendra Modi said he was extremely saddened by the loss of lives.

Fires are common in India, where building laws and safety norms are often flouted by builders and residents.

Atul Garg, director of Delhi Fire Services, said the building had no clearance from the fire department and it was not equipped with fire safety equipment like extinguishers.

The casualties occurred on the second floor of the building, where inflammable plastic material used for manufacturing equipment like security cameras was stored.

The Indian Express newspaper said two owners of a company selling security cameras were detained for questioning as the fire reportedly started from their office. There was no immediate confirmation by the police.

In 2019, a fire caused by an electrical short circuit engulfed a building in New Delhi and killed 43 people.