Baibalaa Tournament to be held as planned 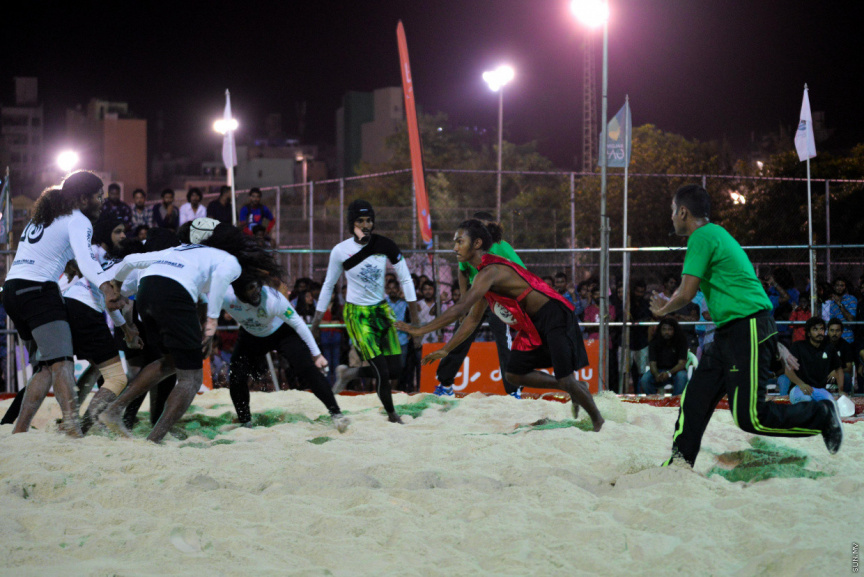 Baibalaa Association of Maldives (BAM) has made the decision to hold this year’s Baibalaa Tournament as planned.

Baibala is a traditional sport played by two teams, one inside a circle and one outside. The group outside must run into the ring, tag an opponent and escape without being tagged in return. Any person tagged is disqualified from that round.

The Baibalaa Tournament has been an Eid tradition in Maldives for years.

This year's tournament had been scheduled to begin on May 3, the second day of Eid al-Fitr.

In a statement on Saturday, the BAM noted that this’ year’s tournament was postponed at the request of police following gang fights which took place in the Maldivian capital on May 2, the day before the tournament had been scheduled to begin.

BAM said that they had now decided to hold the tournament as planned.

BAM said that the tournament will be held with enhanced security measures as requested by the police; with CCTV cameras covering the sports arena, and with spectators made to sit separately.

“We note that the arrangements for this tournament are being made in collaboration with the police, under their instructions,” said the association.

Over 1,000 young men will be competing in 34 teams in this year’s tournament.

BAM noted that the teams had already conducted practices, made jerseys, and spent heavily on the other expenses for the tournament when it was postponed.

The Maldivian capital was hit with a wave of gang fights this week. Two took place in Male’ on May 2, and two more took place in Hulhumale’ on Wednesday, May 4, and three more on early Thursday, May 5.