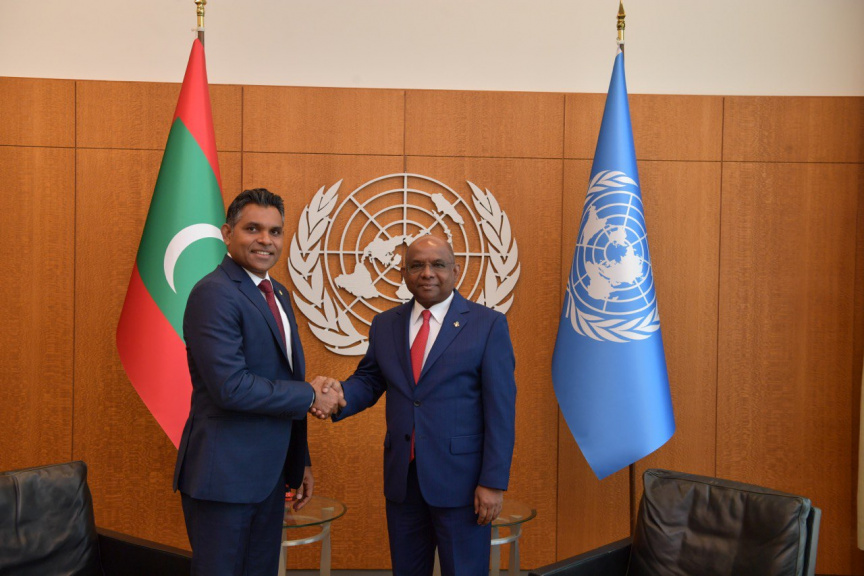 The meeting took place at the UN headquarters in New York City, US, on Wednesday.

Faisal called on Shahid after delivering his remarks at the ongoing UNGA high-level thematic debate on "Putting sustainable and resilient tourism at the heart of an inclusive recovery."

At the meeting, Faisal noted Shahid’s efforts to promote equal rights for women and youth voices.

He recognized the role of the President of the UNGA in combatting the climate crisis and bringing attention to vulnerable states facing the highest impacts of climate change.

Faisal also expressed his gratitude to Shahid for his role in attracting foreign aid and investment to the Maldives as the Foreign Minister.

Shahid, meanwhile, congratulated Faisal on his remarks at the UNGA debate.

Discussing President Ibrahim Mohamed Solih’s foreign policy with Faisal, Shahid outlined it as the instrument behind his ability to discharge his duties as the President of the UNGA.

Faisal is accompanied on his visit to New York by his spouse and a high-level delegation.