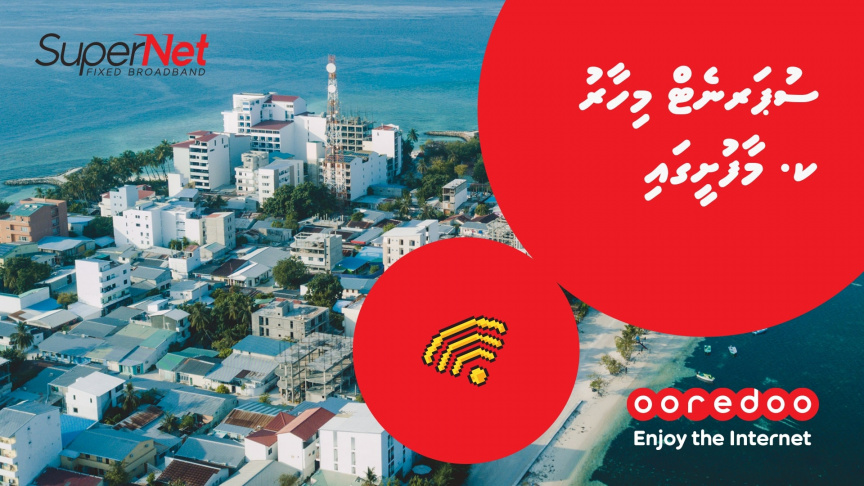 “Since the beginning, it has been a key priority of the company to ensure that high speed broadband services are accessible to all local communities and businesses. Today, we are truly happy to connect the people of Maafushi to our SuperNet Fixed Broadband services, with great speeds up to 100 mbps,” he said.

Niyaz said Ooredoo Maldives was continuously upgrading its services with added benefits, and that after the recent revamp, the company’s home Broadband packages were now clubbed with benefits including bigger data allowances, higher speeds and data rollover service.

“We reassure you that we will remain committed to the people of the Maldives and contribute to the socio-economic development of our communities,” he said.

Ooredoo Maldives said its recent revamp was part of the company’s efforts to provide affordable services. With the revamp, the company’s SuperNet plans now provide up to five times the internet speeds, and up to 100 percent bigger allowances including SuperNet add-ons with much faster throttled speeds.

The company also introduced a first in the market benefit - Data Rollover - to all SuperNet customers, where unused data at the end of the month will be carried forward and added to the next month’s package inclusive data.

The network has also optimized its SuperNet services for popular applications such as Facebook, Youtube, Netflix, Gaming, and more.