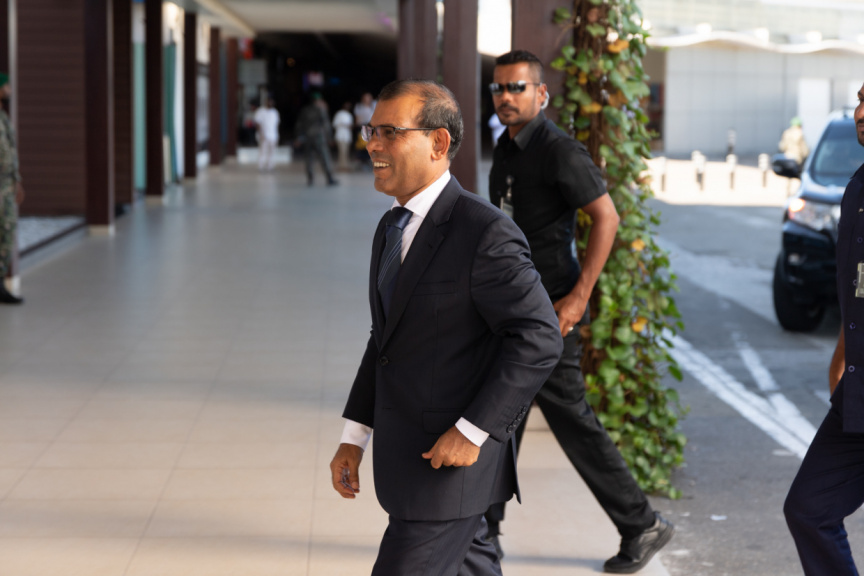 He left for India on Sunday morning.

Nasheed travelled to India to participate in the 7th Raisina Dialogue, an annual multilateral conference hosted the Observer Research Foundation, an independent think tank, in partnership with the Indian External Affairs Ministry.

The conference will be held from April 25-27.

Parliament has announced Nasheed will address the conference.

According to the parliament, Nasheed’s address will focus on the link between climate change and a prosperous life, as well as foreign debt and loss of land due to foreign debt.

He is also set to meet with the Speaker of Indian parliament, the Indian External Affairs Minister, and other top Indian government officials.

Since its inception in 2016, the Raisina Dialogue has emerged as India's flagship conference on geopolitics and geo-economics.

Police order removal of banner linked to ‘India Out'