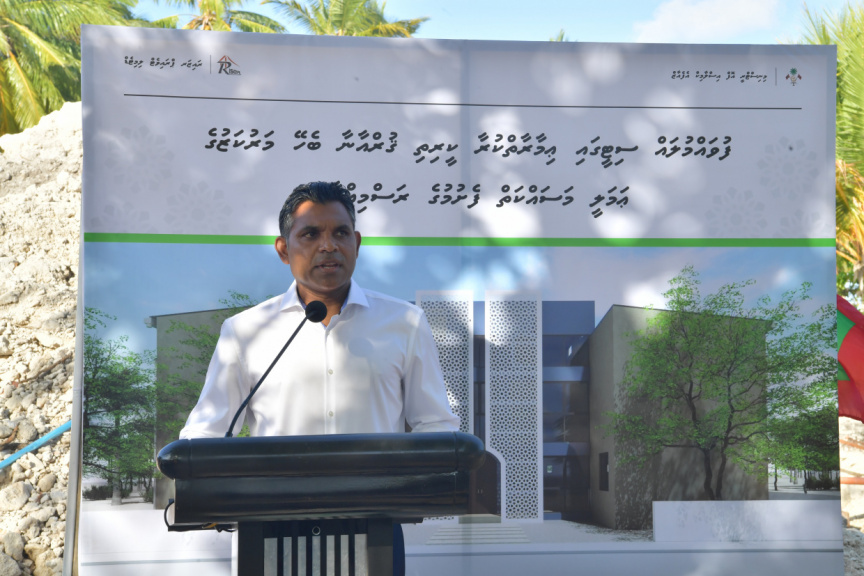 Vice President Faisal Naseem on Saturday a the ceremony to commence the project to develop a Centre for the Holy Quran in Fuvahmulah. (Phtoto/ President's Office)

Vice President Faisal Naseem on Saturday attended the ceremony to commence the project to develop a Centre for the Holy Quran in Fuvahmulah.

The ceremony was held as part of the Vice President’s two-day visit to Fuvahmulah city.

Speaking at the ceremony, the Vice President spoke about the significance of building generations of productive citizens and asked experts and scholars in different fields to work towards this end.

He further noted that every single member of society should bear this responsibility.

Also speaking at this ceremony, the Minister of Islamic Affairs Dr Ahmed Zahir, highlighted the administration’s commitment to promoting religious education. He noted that the Quran centre being developed in Fuvahmulah City would be a hub for religious education in the region.

The new Quran Centre building would come with a reception area, a conference room, an auditorium, and a library.

Additionally, it is inclusive of a separate office building and storage space, with the first-floor housing four classrooms and a prayer room.

The Vice President has since concluded his visit to Fuvahmulah City and returned to Male’, on Saturday evening.