6 rebels, soldier killed in Kashmir ahead of Modi’s visit 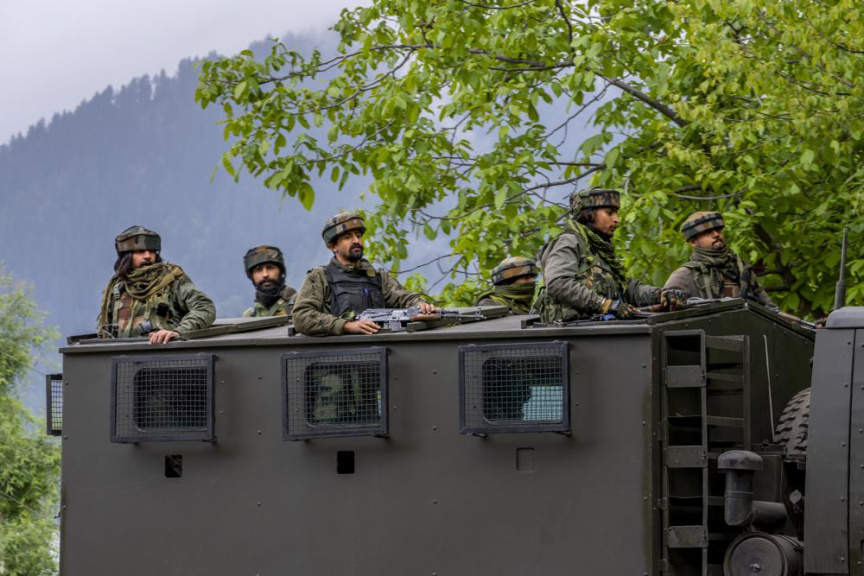 A gunfight broke out on the outskirts of southern Jammu city early Friday after police and soldiers spotted a group of militants in Sunjwan, a garrison town, police said.

Two militants and a paramilitary officer were killed, and at least two soldiers and two police officials were wounded in the ensuing fighting, police said.

Troops were searching the area, which saw a major militant attack in 2018 that left at least five soldiers and one civilian dead.

Dilbag Singh, director-general of police, told reporters that the slain militants “were planning a major attack.”

Some 15 kilometers (9 miles) from Sunjwan town, Modi is scheduled to speak Sunday in his first public event in the disputed region since New Delhi stripped it of its semi-autonomous status in 2019 and divided it into two directly governed territories. The region has remained on edge since, as authorities put in place a slew of new laws that critics and many residents fear could change majority-Muslim Kashmir’s demographics.

Modi’s two previous visits after Kashmir’s status was changed were to military camps to celebrate a Hindu festival with soldiers.

Singh said the slain militants were a “suicide squad from Pakistan” and their infiltration was likely part of a “conspiracy to sabotage” Modi’s visit. “But timely action by our alert forces have foiled the bid,” he said.

The police chief did not offer any evidence to back up his claim.

Separately, government forces for a second day battled a group of militants who were holed up in Malwah, a village northwest of the region’s main city of Srinagar, leaving four rebels dead, police said Friday.

The firefight began on Thursday after counterinsurgency police and soldiers raided a cluster of civilian homes in Malwah.

At least four soldiers and a policeman were also wounded, a police statement said.

Police identified one of the slain militants as Yousuf Kantroo and said he had been the longest surviving rebel commander in Kashmir.

There was no independent confirmation of the incidents.

As news of the killing of the rebel commander spread to his village, scores of young people protested and clashed with government forces, witnesses said.

A teenage boy drowned in a stream after police chased a group of protesters in the western Magam area, residents said. Police said in a statement that they were investigating the incident.

India and Pakistan both claim the divided territory of Kashmir in its entirety.