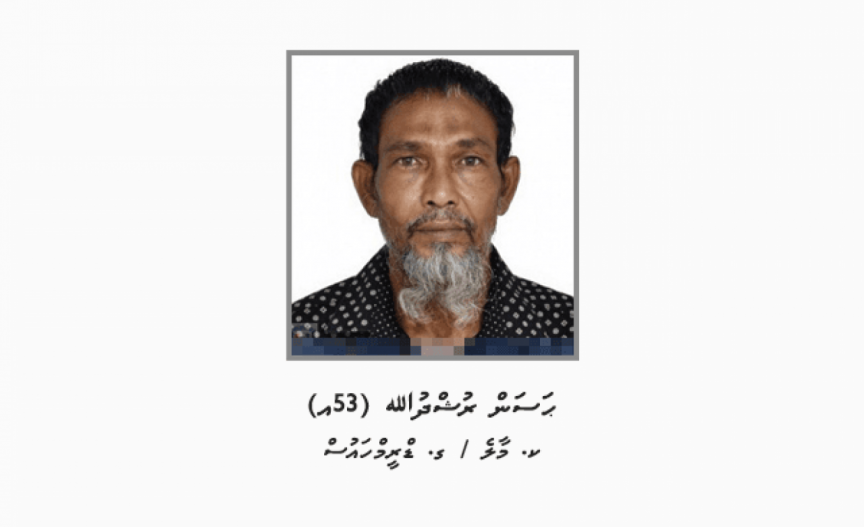 Hassan Rushdhulla, 53, G. Dream House, Male’ City who was reported missing by his family to Maldives Police Service 26 days ago.

Maldives Police Service has launched a search operation to locate an elderly man who went missing in Male’ City.

Police detailed that Rushdhulla’s family reported him missing on March 23, after not having heard from him.

Stressing their efforts to locate him have been unsuccessful so far, the police are now seeking public assistance in locating him for which they have released his picture.

Police have asked anyone with information regarding Rushdhulla’s whereabouts to contact police hotline number at 3322111 or Naifaru Police Station at 9792187.