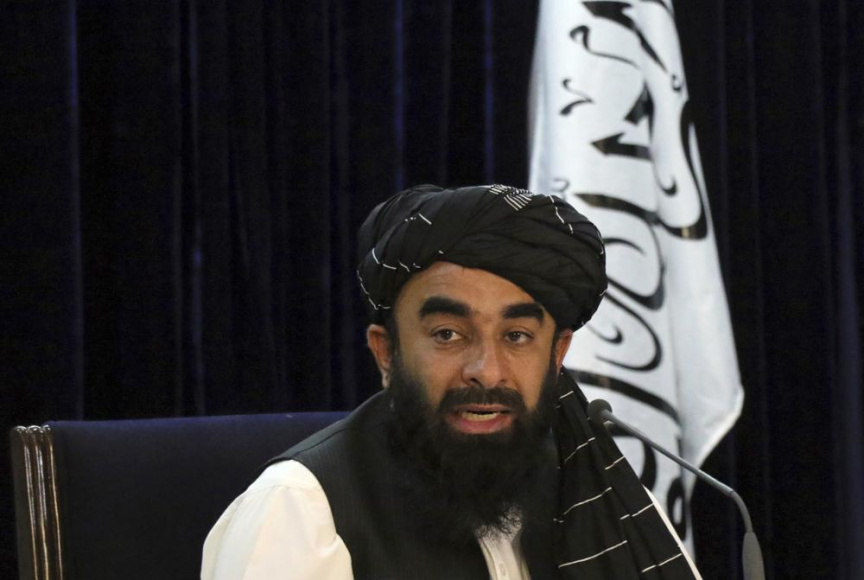 Pakistan has so far refused to comment on the Afghan allegations, instead accusing the Afghan Taliban of doing nothing to stop attacks against Pakistan by militants in Afghanistan.

“Terrorists are using Afghan soil with impunity to carry out activities inside Pakistan,” said the Foreign Ministry statement that was unusually harsh in its language.

Pakistan was often accused of harboring Afghanistan’s Taliban fighters before they swept to power last August as America ended its 20-year war. Since their takeover, Islamabad has led the way in pressing the world to engage with the religiously driven Afghan government.

It’s not clear, however, whether Pakistan’s new Prime Minister Shahbaz Sharif will be as supportive of the Afghan Taliban as was his predecessor Imran Khan, a cricket star turned conservative Islamist leader, who was ousted last weekend in a politically tumultuous no-confidence vote.

On Saturday the Taliban Foreign Ministry called in Pakistan’s ambassador to complain of civilians killed in the bombing raids it said happened late Friday, killing refugees in Afghanistan’s eastern Kunar and Khost provinces.

Taliban spokesman Zabihullah Mujahid warned Pakistan “not to test the patience of Afghans on such issues and not repeat the same mistake again otherwise it will have bad consequences.” He did not elaborate on the consequences or the numbers of people killed.

Pakistan has not confirmed any attack on Afghanistan and Sunday’s statement slams the Taliban rulers for doing too little to stop Pakistani Taliban militants using its territory to attack Pakistan.

“In the last few days, incidents along Pak - Afghan Border have significantly increased, wherein, Pakistani security forces are being targeted from across the border,” said the Pakistani statement. Last week, seven Pakistani military personnel were killed in an ambush near the border later claimed by Pakistani Taliban known as the Tehreek-e-Taliban Pakistan, or TTP.

By late March this year, Pakistan had seen 52 attacks by militants, compared to 35 in the same period last year, according to Amir Rana, executive director of the Pakistan Institute of Peace Studies, an independent think tank that monitors militant activity in Pakistan. The attacks have also gotten deadlier. So far this year in Pakistan, 155 people have been killed in such attacks, compared to 68 last year.

The border between the two countries, known as the Durrand Line, runs the length of the 2,670 kilometer (1,660-mile) dividing line. The Durrand line runs through the region’s ethnic Pashtun population, often dividing tribes and families between the two countries. Established by the British in the 19th century, successive Afghan rulers have refused to recognize it as the official border, laying claim instead to Pakistani territory known as Khyber Pukhtunkhwa Province where ethnic Pashtuns dominate.

Since taking power, Afghanistan’s Taliban have clashed on several occasions with Pakistan over a border fence Islamabad is building .