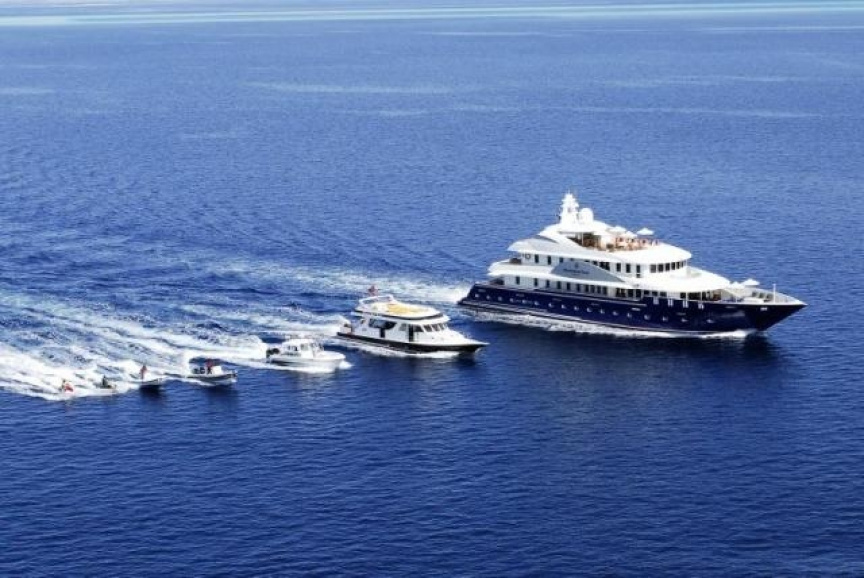 The island council of Fuvahmulah has made the decision to reduce the fee taken from the safaris that dock at the island’s harbour.

This comes after the council decided in January decided to take USD 500 from docking safaris, and even commenced implementing this month.

However, speaking to Sun, the Deputy Mayor of Fuvahmulah council Mohamed Rafeeq said that an emergency meeting was held today regarding this issue.

He stated that during this meeting, it was decided to reduce the fees taken from the safaris.

The newly approved rates are:

As per the previous rates, USD 500 was set for vessels of all sizes.

Speaking about these changes, Rafeeq said that at the time, the prices were set that way due to a lack of space in the Fuavhmulah harbour. He added that as safaris play a key role in advertising tourism for the island, further discussions will be held on the issue.

The President of the National Boarding Association Ismail Hameed also spoke to Sun regarding this issue.

He noted that although it was acceptable to take a fee from such vessels, it was not justified to apply a significantly higher rate just for safaris only.

“We understand that this is a right given to the councils under Decentralization Act. However, like how it is done elsewhere in the world, it is better to set a fee based on the size of the vessel and the amount of time spend. It is wrong to charge separately for safaris.”

The association had previously met and shared concerns with the Fuvahmulah council after the increased the fees from USD 50 to USD 500.

Fuvahmulah is known to have a large number of safaris docking on the island from the southern atolls.