Greek woman charged with murder after deaths of 3 daughters 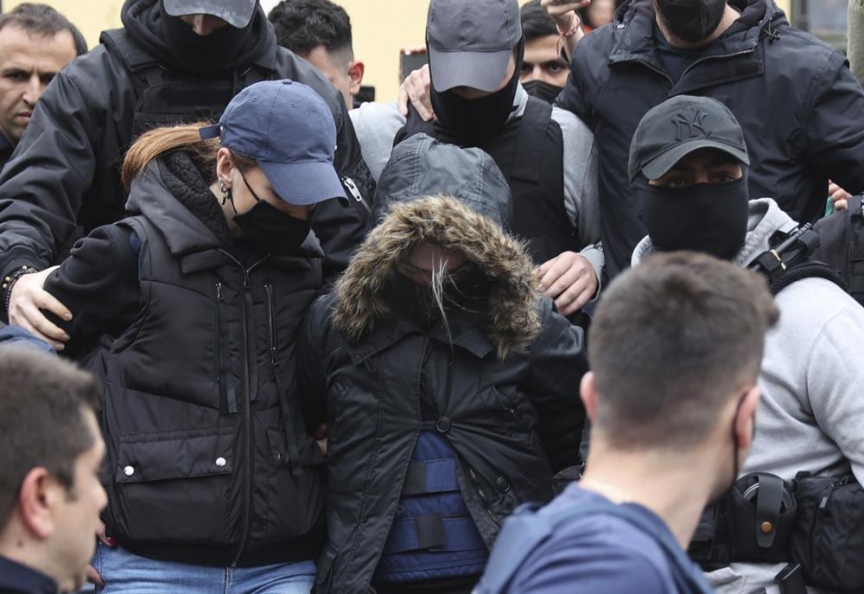 A 33-year-old woman, center with the hooded jacket, is escorted by police as she leaves the court in Athens, Greece, Thursday, March 31, 2022. (John Liakos/InTime News via AP)

ATHENS, Greece (AP) — A 33-year-old woman from southern Greece has been charged with the murder of her 9-year-old daughter, and the deaths of her two other daughters in the past three years are being reviewed in a case that has drawn national attention.

Flanked by riot police and in handcuffs, she appeared in court in Athens Thursday for her arraignment. She was wearing a hood and a protective vest as authorities held back a crowd of onlookers and journalists.

The suspect, who was not formally identified in accordance with Greek law, was arrested a day after being detained for questioning Wednesday. It followed the results of tissue tests that showed the presence of an anesthetic drug that had not been administered by the girl’s doctors.

The 9-year-old died in January following an eight-month hospitalization.

Protesters also gathered outside the mother’s home in the port city of Patras, 200 kilometers (125 miles) west of Athens, where police again intervened to maintain order.

A panel of senior coroners is leading a review into the death of the suspect’s two other children: a 3-year-old girl from liver failure in 2019 and a 6-month-old girl in 2021 from a suspected heart defect.

Tissue samples retained from the two girls are now being re-examined, authorities said.

The suspect has denied any wrongdoing and is expected to formally respond to the charges on Monday.

In a private television interview last month, the suspect criticized news reports that described the three deaths as suspicious.

“I find myself in a position to defend myself against things that are unspeakable... this was a house that was filled with joy,” she said in the Feb. 17 appearance on private Star television. “How could I hurt my own children? I gave birth to them, raised them, and was always with them. It doesn’t make sense.”

In the same interview, the suspect’s husband described her as “a rock” for her children. Police investigators have been granted access to her private online communications.

“The emotional and moral burden of this event surpasses most if not all of us,” government spokesman Giannis Oikonomou said, congratulating the police on their work in the monthslong investigation.