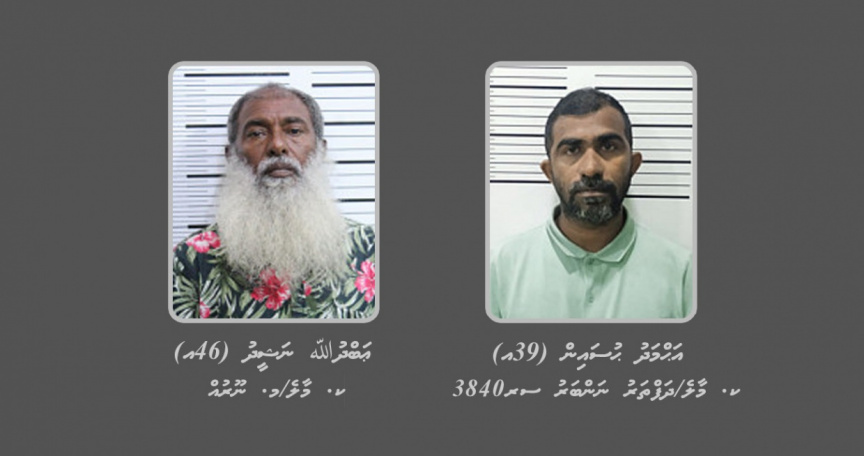 Police have released the identities of the two suspects arrested with drugs found hidden under the false flooring of a house in Male’ City last weekend.

42 kilos of heroin were found hidden under a false flooring in a house in Maafannu district of Male’ City on Friday, following a two-day operation by Drug Enforcement and Counter-Narcotics Intelligence.

Police searched two private residences in Male’ and a private office in the operation.

The identities of the two suspects arrested in the case were released by police on Thursday. They are:

Ahmed Hussain had been a member of the council of People’s National Congress (PNC), and had run for the Alifushi parliamentary seat on behalf of the party. He was dismissed from the PNC council and suspended from all party activities following his arrest.