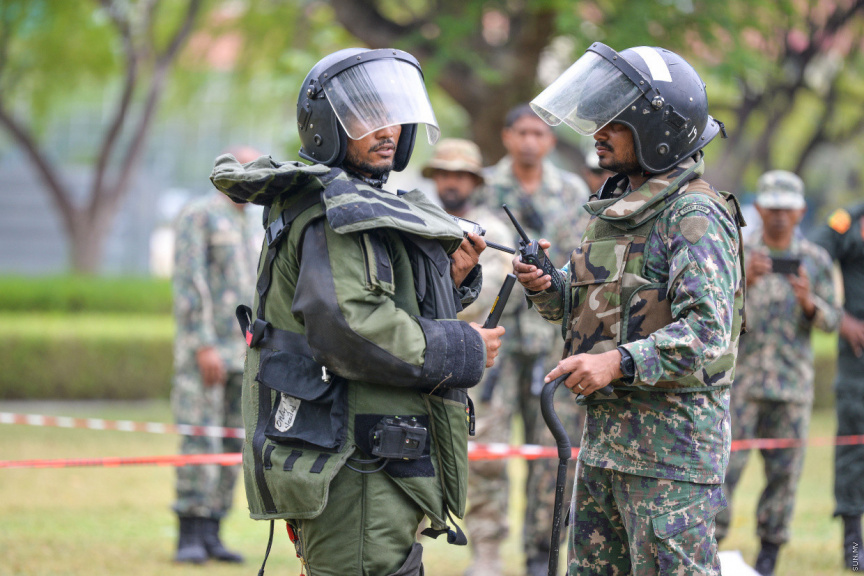 Out of the nine people arrested from Addu City on Sunday, over suspicions of plotting a terrorist attack – six people have been remanded in police custody for seven days.

A Police Spokesperson confirmed to Sun that they have yet to present the remaining three people before the court for remand hearings.

No further details regarding the case have been disclosed as of present.

The arrest from Addu City came at a time when President Ibrahim Mohamed Solih, India’s External Minister Dr. S. Jaishankar and many other senior government officials were at the city for official purposes.

President Solih departed on a four-day trip to the two southernmost atolls, Addu and Fuvahmulah, on Friday. He concluded the trip and arrived in Male’ this afternoon.