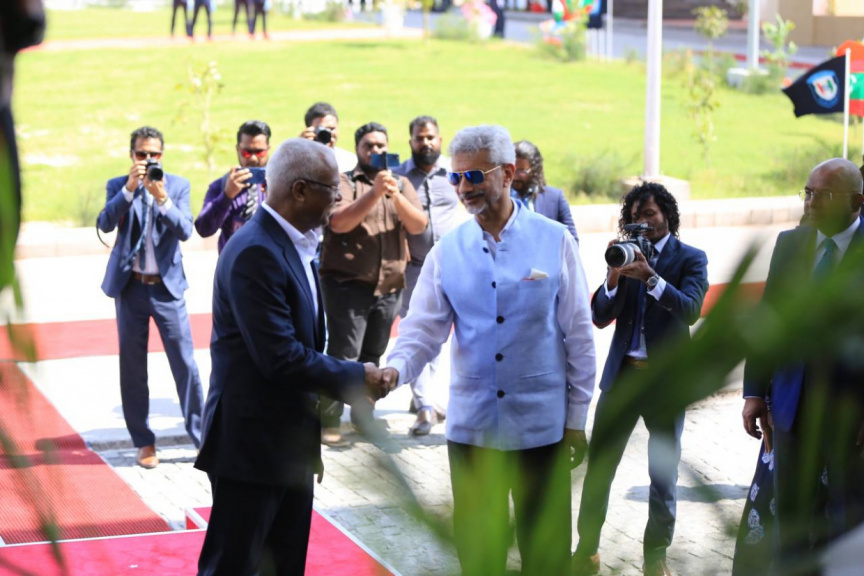 A capture from the inauguration ceremony of National College of Policing and Law Enforcement developed at Addu City with assistance from India on January 27, 2022. (Photo/Maldives Police Service)

National College of Policing and Law Enforcement developed at Addu City with assistance from India has officially been inaugurated.

At a special ceremony held this morning, the Police College was inaugurated by President Ibrahim Mohamed Solih. The ceremony was also guested by India’s External Affairs Minister Dr. S. Jaishankar, Commissioner of Police Mohamed Hameed and other senior government officials.

The Police College was developed for the purpose of training individuals in security and law enforcement areas. Around USD 40 million to USD 42 million was spent on the development of this facility.

Agreement pertaining to the Police College was signed in 2012. The project was officially announced in 2014. The project was awarded to a contractor to be completed in 18 months in 2016. However, physical works on the project only commenced in 2017.

The Indian government invested USD 18 million on the project, which was contracted to India’s Sri Avantika Contractors.