Police: Have made 11 arrests from the opposition’s rally 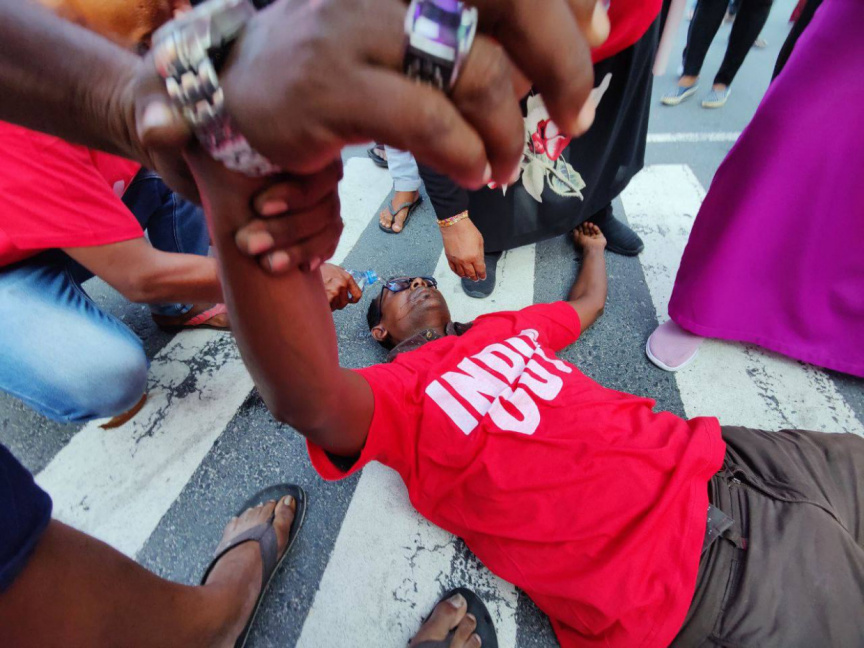 Maldives Police Service has confirmed that they have made 11 arrests from the ‘Neyva Holhiah’ mass rally held this evening in Male’ City, by the opposition coalition.

‘Neyva Holhiah’ mass rally at Male’ City this evening as part of the ‘India Out’ campaign was held despite warnings by the police against holding it.

Whilst the rally was set to start at 4:00pm in the evening, Police had cordoned off the area in which PPM’s headquarters are located starting from 2:00pm this afternoon.

A Police Spokesperson said that 11 individuals were arrested from the rally over obstruction of justice.

Guraidhoo MP Ghassan Maumoon, Maavah MP Mohamed Saeed and former Hoarafushi MP Mohamed Ismail are also among those who have been arrested.