Stephen Wilhite, inventor of the meme-favorite GIF, has died 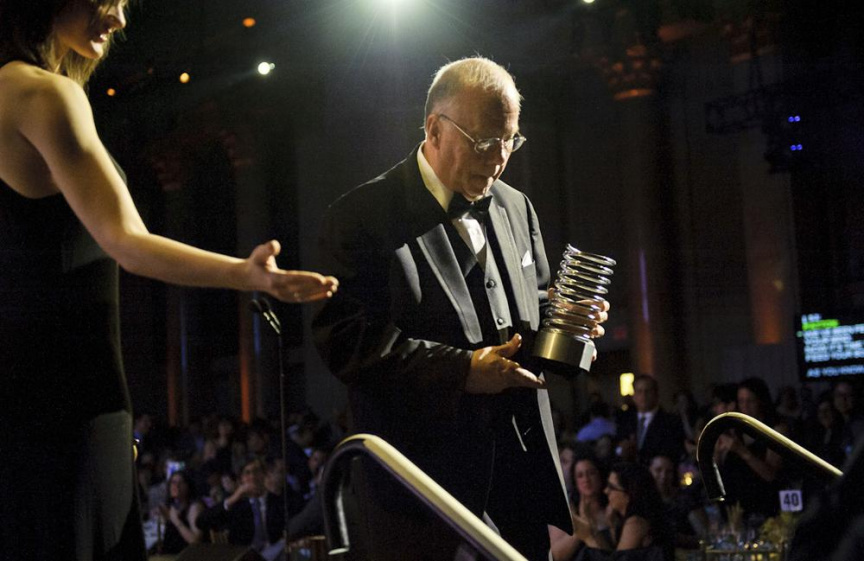 This photo provided by Webby Awards, Stephen Wilhite accepts his Webby lifetime achievement award on May 2013 in New York. (Webby Awards via AP)

Stephen Wilhite, the inventor of the internet-popular short-video format, the GIF, has died. He was 74.

His wife, Kathaleen, said Thursday in a phone interview that he died of COVID on March 14.

Wilhite, who lived in Milford, Ohio, won a Webby lifetime achievement award in 2013 for inventing the GIF, which decades after its creation became omnipresent in memes and on social media, often used as a cheeky representation of a cultural moment.

Wilhite was working at CompuServe in 1987 when he invented the GIF. “I saw the format I wanted in my head and then I started programming,” he told The New York Times in 2013, saying the first image was an airplane and insisting that the file had only one pronunciation - a soft “G,” like Jif peanut butter. Those using the hard “G,” as in “got” or “given,” “are wrong,” he said. “End of story.

In that interview, he said the ’90s-era dancing baby GIF is a favorite of his.

“There’s way more to him than inventing GIF,” Kathaleen Wilhite said of her husband, who loved trains, with a room dedicated to them in the basement of their house with “enormous train tracks,” as well as taking camping trips. Still, even after he retired in 2001, “he never stopped programming,” she said.