Nasheed: Can get 1,000 plots for housing from Kurendhoo sea 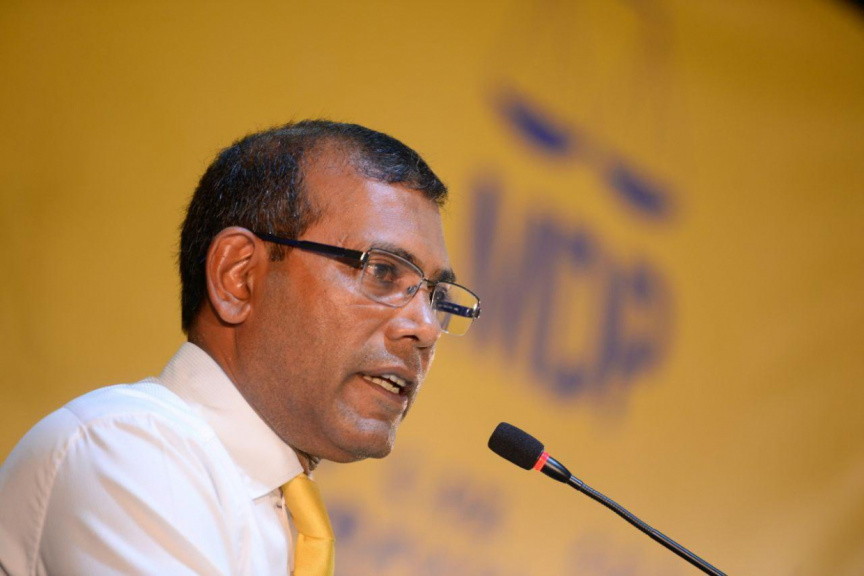 Former President and Speaker of the Parliament Mohamed Nasheed on Friday stated that 1,000 housing plots can be issued from just outside of L. Kurendhoo.

Speaking at a gathering held by Maldivian Democratic Party (MDP) in Kurendhoo, Nasheed said that right now, housing was the biggest issue faced by the people of this island.

“If anyone gave even the slightest thought about Kurendhoo, they would realize housing was the biggest issue in the island. There are three families living in a single room in Kurendhoo.

He went on to note that since there was no lagoon on the island, reclamation was not an option. He then said that but currently, there are technological advances that do enable living without reclaiming.

“A floating city is under development in Male’ City. [The project] is carried out by a company from the Netherlands. I have asked the company whether it is possible to live outside of Kurendhoo, on the sea. [A person from the company] has sent a drawing, saying that it is possible to give 1,000 plots.”

Nasheed noted that the project has not been decided upon, but there was hope for it.

'MDP will lose 42% without parliamentary system'

Yameen: Everyone in government slaves of India