Shane Warne, one of cricket’s iconic players, dies at 52 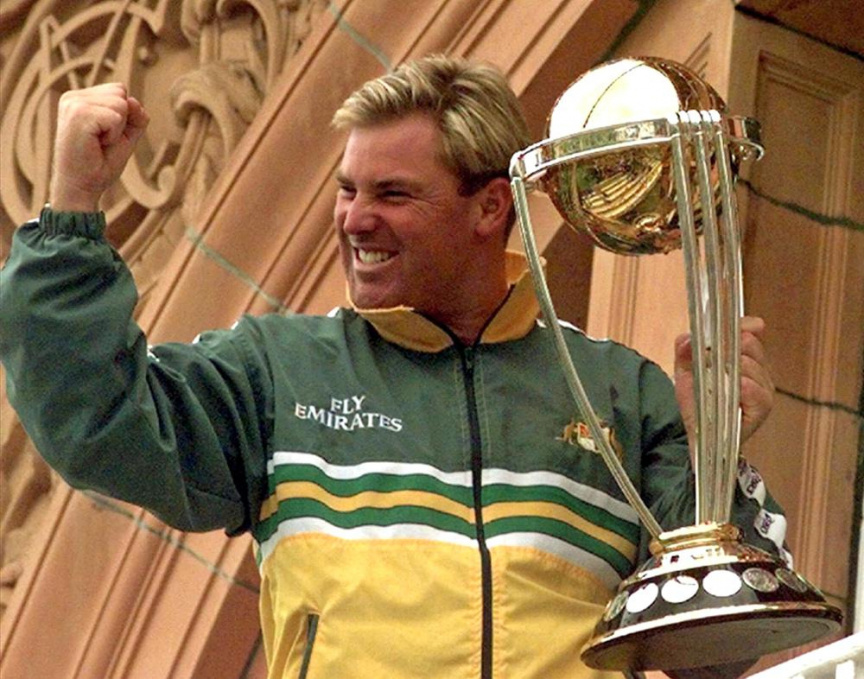 BRISBANE, Australia (AP) — Shane Warne, widely regarded as one of the greatest players, most astute tacticians and ultimate competitors in the long history of cricket, has died. He was 52.

Known around the cricket globe as “Warnie,” he revived and elevated the art of leg spin bowling when he emerged on the international scene in the 1990s and was a central character in one of Australia’s most successful eras in the sport. He also was one of cricket’s larger-than-life showmen.

Fox Sports television, which employed Warne as a commentator, quoted a family statement early Saturday as saying he died of a suspected heart attack in Koh Samui, Thailand.

“Shane was found unresponsive in his villa and despite the best efforts of medical staff, he could not be revived,” the statement said.

“Shane’s strength of character and enormous resilience saw him bounce back from career-threatening finger and shoulder injuries, and his stamina and his sheer will to win, and his self-belief were key factors in Australia’s great side of the late 1990s and early 2000s.”

Police in Thailand said a friend staying at the same complex went to check on Warne when the cricket star failed to arrive for dinner and found him unconscious at the villa. Warne was taken by ambulance to Thai International Hospital but could not be revived. His body was transferred to Ko Samui Hospital for an autopsy.

The Australian men’s national team was told of Warne’s death following play on the first day of the series-opening test match against Pakistan in Rawalpindi.

“We all grew up watching Warnie, idolizing him,” Australia captain Pat Cummins said. “What we loved so much about Warnie was his showmanship, his charisma, his tactics, the way he willed himself and the team around him to win games for Australia.

Warne held the record for most test wickets (708) when he retired in 2007 after his 145th match. Only Sri Lanka off-spinner Muttiah Muralitharan has passed him, with 800.

Among his career highlights were back-to-back player-of-the-match awards in the semifinals and final of the 1999 Cricket World Cup, being included among the Five Cricketers of the 20th Century by Wisden, colloquially known as the sport’s bible, and being part of five Ashes-winning teams against England. He also played in 194 one-day internationals.

Warne made an underwhelming test debut against India in Sydney in 1992 but quickly rose to become a key figure across all formats during one of the greatest sustained periods of dominance by any team in world cricket.

He had accumulated career figures of 1-335 by the time he was asked to bowl during the second innings of his third test, against Sri Lanka in ’92, and he finished the match by taking three wickets without conceding a run in 13 deliveries to secure an unlikely, narrow victory.

Warne was often given the ball when Australia was in trouble or desperate for a wicket, and so often he was able to turned matches around with a mesmerizing spell of bowling,

He wrote himself into folklore when he delivered the “Ball of the Century” with his first toss of the 1993 Ashes tour, bowling Mike Gatting with a delivery that turned from well outside leg stump to clip the off bail.

“It’s one of those wonderful highlights of the game,” Gatting said in 2018. “One of those bits of history that belongs not only to me but to probably the best legspinner of all time.”

Warne was noted as much for his life off the field as on it.

Just before the 2003 World Cup in South Africa, he was banned for 12 months for taking a prohibited substance, which he said was in a diuretic his mother had given him to “improve his appearance.” But he returned in 2004 and in the third Ashes test of 2005 he became the first bowler in history to take 600 test wickets.

In 1998, the Australian Cricket Board confirmed that Warne and Mark Waugh had been fined four years earlier for providing pitch and weather information to an Indian bookmaker during Australia’s tour of Sri Lanka in 1994.

Warne’s exploits off the field took their toll on his marriage and he split from wife Simone, the mother of his three children. He later had a relationship and became engaged to English actress Liz Hurley in 2010. The pair eventually split in 2013.

Warne’s death came only a few hours after he expressed his sadness and condolences following the death of another Australian great, wicketkeeper Rodney Marsh, at age 74.

“He was a legend of our great game & and inspiration to so many young boys and girls,” Warne posted on Twitter. “Rod cared deeply about cricket & gave so much - especially to Australia & England players. Sending lots & lots of love to Ros & the family. RIP mate.”

After the shock news of Warne’s death, tributes flowed in cricket’s iconic stars and high-profile fans including Mick Jagger and actor Russell Crowe.

“My friend is gone!!” Lara said. “We have lost one of the Greatest Sportsmen of all time!! RIP Warnie!! You will be missed.”

Born in Upper Ferntree Gully near Melbourne, Warne showed prodigious talent from a young age and won a sports scholarship to a prestigious high school. After a brief attempt at becoming a professional Australian rules football player in 1988, he went to train at the Australian Cricket Academy in Adelaide and made his first-class debut in 1991.

Warne is survived by his children Jackson, Brooke and Summer, his parents Bridgette and Keith, and brother Jason.

“Nobody who saw Shane Warne play will ever forget him,” Andrews said. “To us, he was the greatest — but to his family, he was so much more. Our hearts are breaking for Shane’s family and friends.”