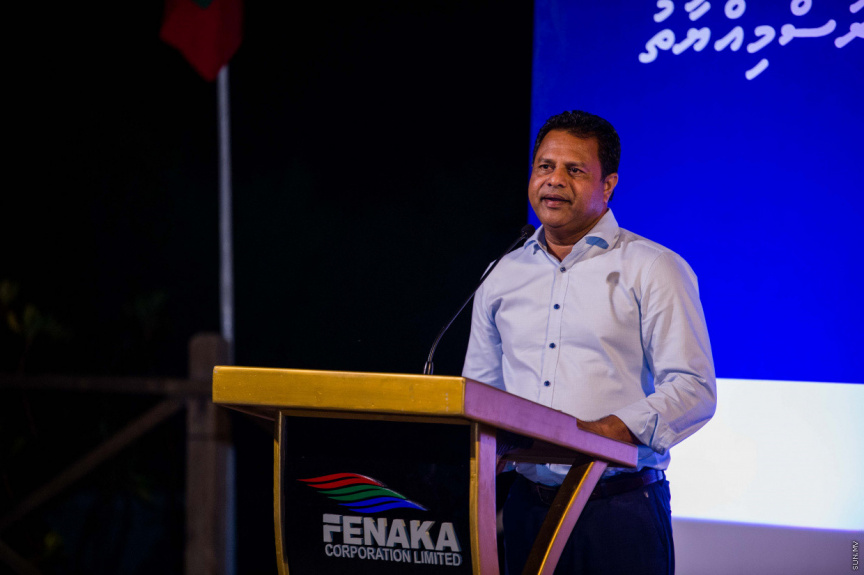 The Managing Director of Fenaka speaking at the ceremony to hand over Huraa's powerhouse to the company. (Sun photo/ Mohamed Naail Hussain)

Fenaka Corporation on Tuesday announced the decision to establish a home solar system in K. Huraa.

Speaking at the ceremony to hand over Huraa’s powerhouse management to Fenaka, the company’s Managing Director Ahmed Saeed Mohamed stated that the decision to establish a home solar system was to cut down electricity bills.

He added that from Tuesday onwards, the application form for the home solar system will be available from Fenaka office.

“There will be three types of packages. Bring to us your choice of package and we will install the solar on the roof, and make arrangements to cut down that part from your electricity bill.”

Saeed noted that payment for the home solar will be available for people as a long-term payment plan.

Additionally, he said that they will change 70 percent of the island's electricity to renewable energy in the future and that with the powerhouse and water plant to be developed in the island will be able to provide water and electricity to neighbouring islands.

137 local students at Belarus seeking a way to return