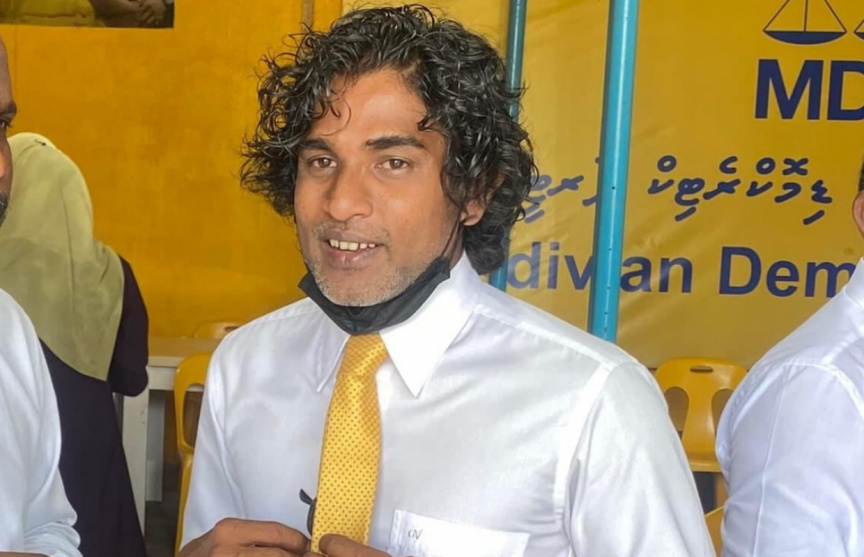 Amir - who some of the MDP leadership claim to be unjustly dismissed in connection to the party's upcoming internal elections.

An Emergency Motion has been filed at the Parliament over alleged dismissals of Maldivian Democratic Party (MDP) members in political posts, timed with the upcoming internal elections of the party.

The motion was submitted in the Parliaments session on Tuesday by Ungoofaaru MP Mohamed Waheed, who is from MDP.

The motion stated that although powers are granted to the President under Article 115 of the Constitution – that declared the powers and responsibilities of the President - those powers must be used responsibly. It further stated that when dismissing from employment, it should be done justly, without any discrimination.

When submitting the motion, MP Waheed alleged that the Senior Administrator at R. Ungoofaaru Health Centre Amir Ahmed’s dismissal was linked to the upcoming elections in the party.

He described this as an action that would take away the trust people have towards the government.

The motion was accepted into the Parliament with 23 voting in favour. Three members voted against it.

After it was accepted, debate on the motion has commenced in the Parliament.

Speaker of the Parliament and MPD Leader, the former President Mohamed Nasheed has accused Amir was dismissed by the government in connection to the election.

Nasheed, along with some other members of the party’s leadership claim that Amir was terminated because of his open support for North Maafannu MP Imthiyaz Fahumee, who has contested for the post of MDP’s Chairperson.

He warned on Sunday against the dismissal of the party’s members serving political posts in connection to elections.

“If you are to dismiss them, dismiss me as well,” he wrote.

The election for the party to elect a chairperson and leaders to its Women’s Wing and Youth Wing is scheduled to be held on April 16.

The most highly contested seat in the upcoming MDP elections is that of the party’s chairperson. The seat is being contested by Economic Minister Fayyaz Ismail and MP Imthiyaz.

However, neither President Solih nor Nasheed has publicly declared support for any candidate.

Government: No one dismissed to influence election