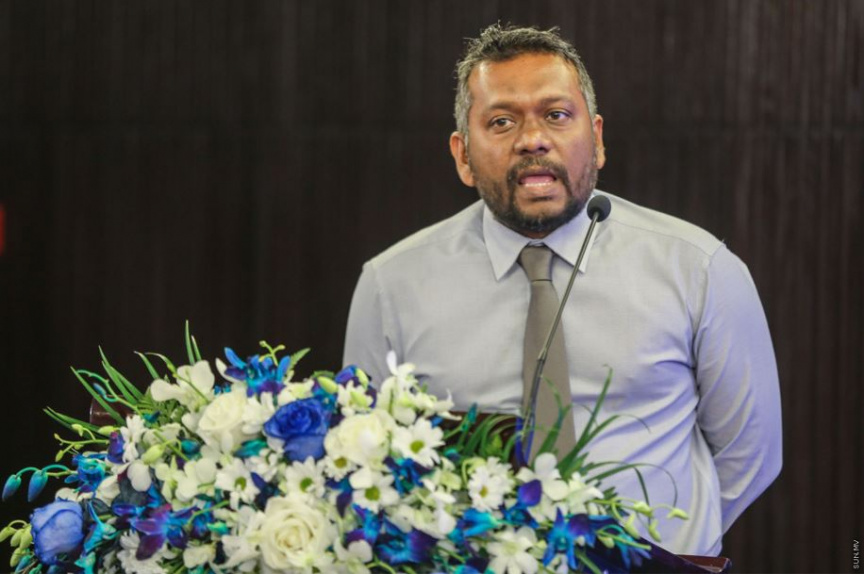 Economic Minister Fayyaz Ismail has stated that it is now too late for the development of a transshipment harbor at Ihavandhippolhu, stressing that investors are no longer interested in the project.

Speaking at the Parliament’s Committee on Economic Affairs, Minister Fayyaz said that research so far indicates that the project is one that cannot be carried out from a business perspective.

“Despite this, we announced for tender. Six parties responded to this announcement. All the six parties were not involved in such work nor had the financial capacity,” he added.

Minister Fayyaz cited the main reason for this as the delays in the development of such a harbor in the Maldives, whilst neighboring countries had such means developed at them.

“Therefore, what happens is that when a commercial investor comes and spends around USD 6 million, it will take about 15 years for this money to return,” he had said.

Speaking further, Minister Fayyaz said that in competing with other regional harbors, the only good difference in a harbor developed in Maldives would be being situated on the route direct vessels travel on.

“The cost of operation of those places are way cheaper than in Maldives; be it salaries of staff or material,” he added.

Minister Fayyaz said that despite this, the government’s plan is to carry the project out through government companies or something of that sort. He added that there were additional ideas on how to implement the project as well.

“At present, (we) are discussing with Transport Ministry and MNDF to provide services such as crew change, security clearance, bunking and such,” he detailed.

A declaration calling arrangements to be made to provide services to cargo boats in Ihavadhipolhu was submitted to the Parliament by Hoarafushi MP Ahmed Saleem.

Shareef to STELCO, changes to other govt. companies too