Minister Mahloof: Not due to Ministry works on stadiums are delayed 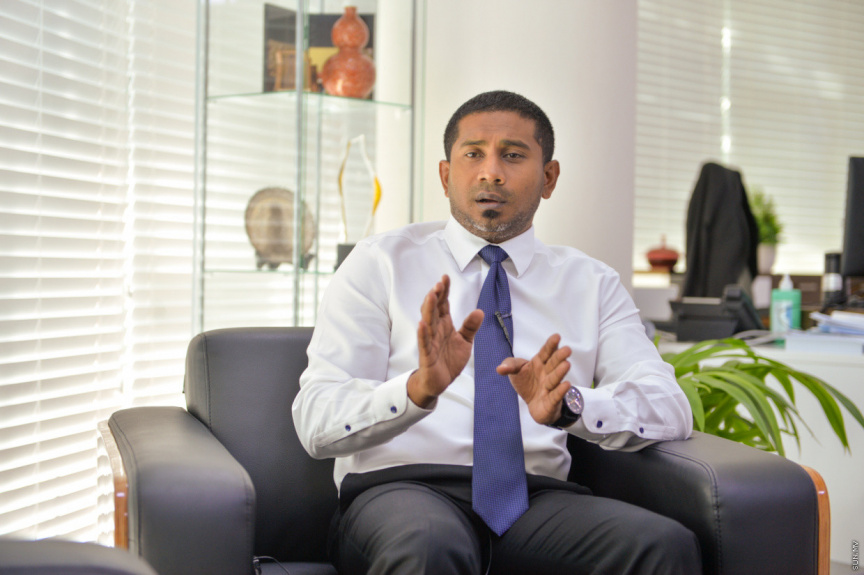 Youth Minister Ahmed Mahloof has stated that it is not due to the Ministry that works on sports stadiums are delayed.

Minister Mahloof was summoned for a ministerial questioning session at the Parliament today.

In his turn to question the Minister, Maduvvari MP Adam Shareef Umar had inquired an update on the Meedhoo Stadium project.

Responding to the question, Minister Mahloof noted that many youths had expressed concern over delays in the work on Meedhoo Stadium, and later on planted chili plants in the stadium field.

“Under no circumstances, this level is reached because of delays by the Ministry in doing its work. In reality, delays are incurred due to the overwhelming amount of work that demands completion. Meedhoo Stadium and Velidhoo Stadium as well,” he had said.

During his turn to question the Minister, Thimarafushi MP Abdulla Riyaz had noted that work on the social center at the island had progressed slowly, questioning whether work was now being fast-tracked in light of the internal elections.

Responding to the question, Minister Mahloof stressed that there is no correlation between projects and elections. He added that work on projects has been delayed in the past two years subsequent to the COVID-19 pandemic.

At the Parliament today, Minister Mahloof had briefed parliamentarians on the status of projects currently ongoing in different areas in the country.

'Govt. need not to be responsible for FAM's debt'

'Will see results of resources established in 5 years'

'Fruits of seeds sowed last year to be reaped in 2020'

Doctors give up hope that Eman will recover